It’s been a good week for Kickstarters if you’re interested in terrain or vehicles for your miniatures games.
Let’s start with my favourite company, and the ones that made me buy my first printer.
The Lost Islands - 3D printable Terrain for RPG and Wargames
It’s Printable Scenery with a new kickstarter, this time with buildings for a port, ships and savage tribes. There are three pledges that you can choose or make combos of. 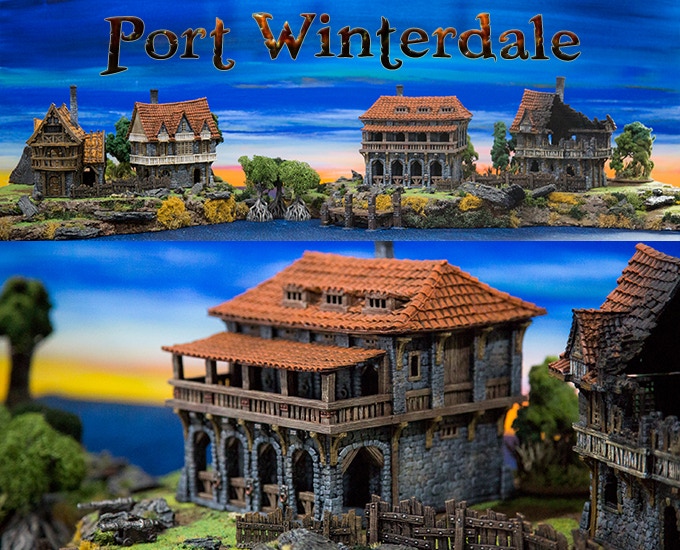 Port Winterdale is a collection of houses and other scenery pieces suitable for a fantasy harbour, and some of them would look great in a historical setting, too. 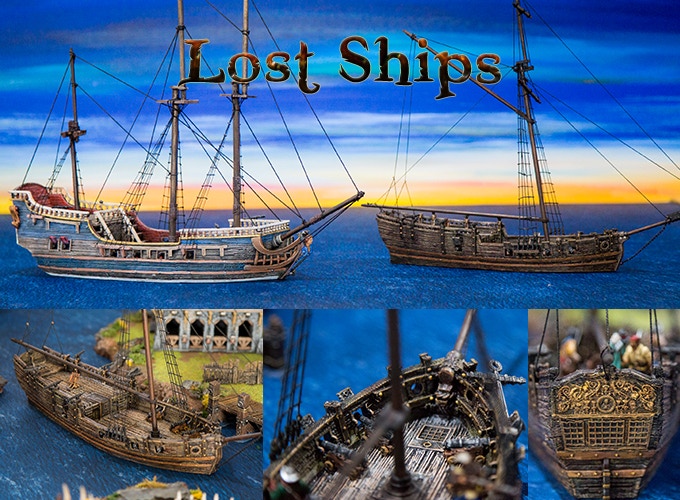 The Lost Ships will give you a rather large collection of ships, both historical and very fantasy.

The Lost Tribes gives you everything you would need to build the dwellings for such a tribe, and it will work excellent for a tribe of fantasy orcs. Those ramparts looks great.

A week in to the campaign and we’re deep into the stretch goals. If you pledge you will get a lot of fantastic quality stuff.
I’m salivating!
This KS ends on April 2, 2018. 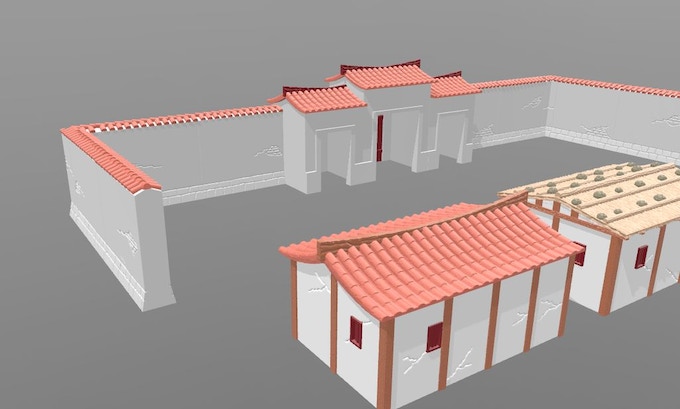 Jens, the very productive guy behind 3D-Print-Terrain, takes us to China and Japan in this, his newest, campaign. 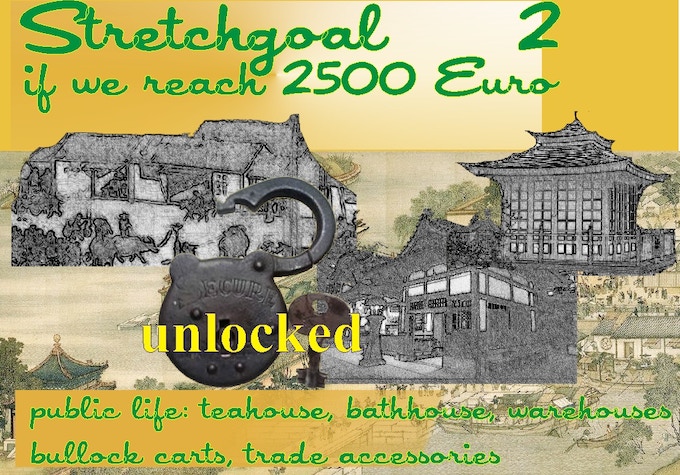 Lots of buildings unlocked already, and more are surely to be unlocked before this campaign ends on April 1, 2018. 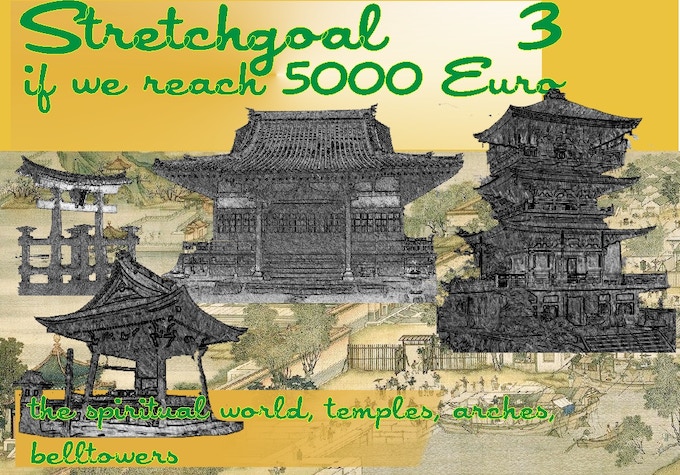 Well worth a look if  you need houses for your samurai games.

If you’re into ancient tree stongholds or airships, then this is certainly for you.

I have a soft spot for airships and these modular ones looks interesting. With modularity and all the unlocked stretch goals, there is enough variability to build a whole fleet of these flying ships.
This KS ends on April 11, 2018. 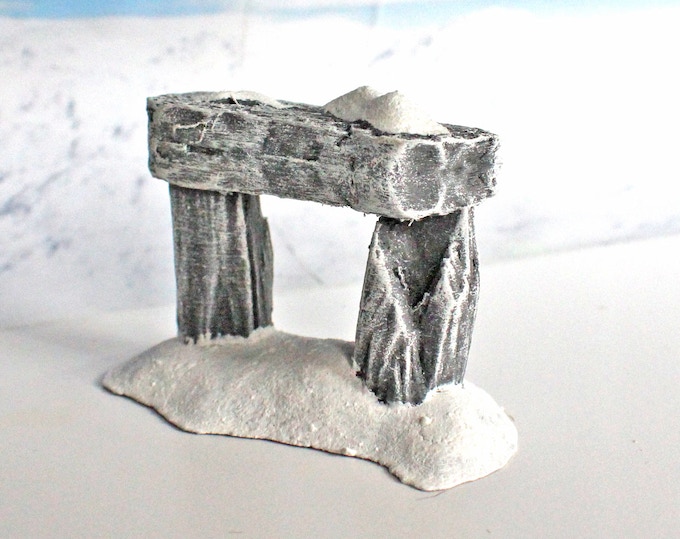 ESLO is back with a chilly kickstarter. Ancient standing stones, craters, rocks, woods, ruins, fortifications and more. All covered in snow. 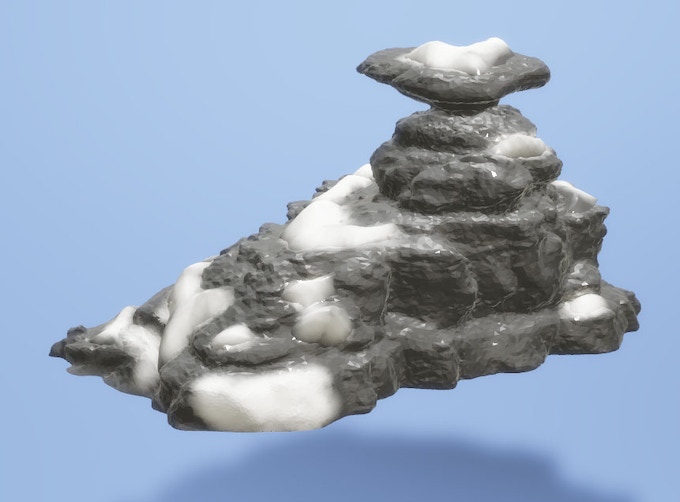 If you’re into Frostgrave, a wintry WWII game or wherever there is cold, then this could be something worth checking out. 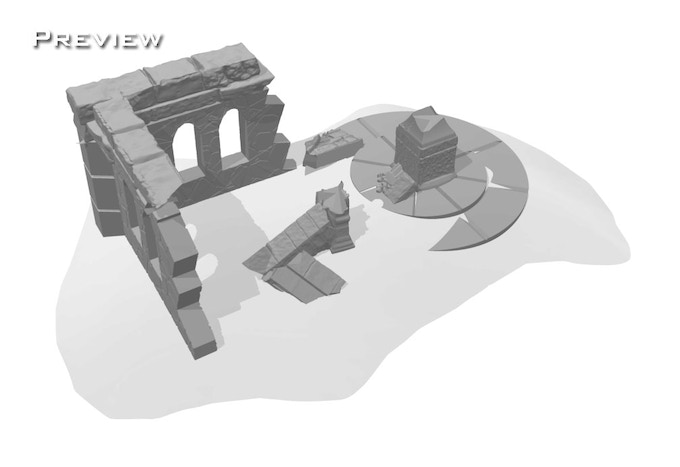 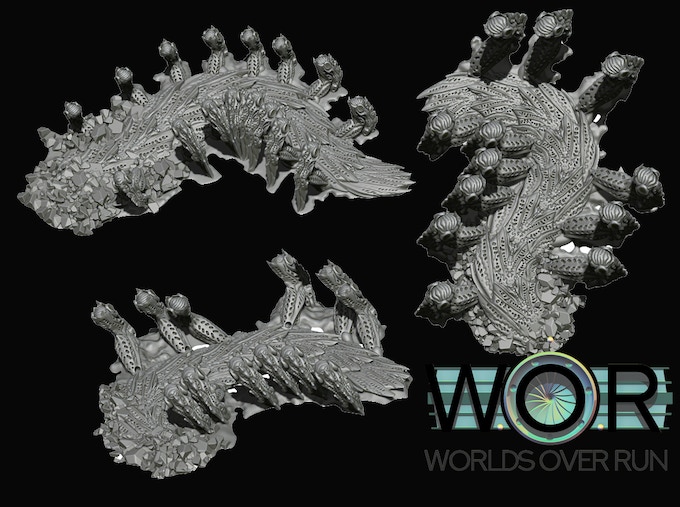 We move into more organic surroundings in this kickstarter, where we find living things out to get you, or at least your miniature heroes. 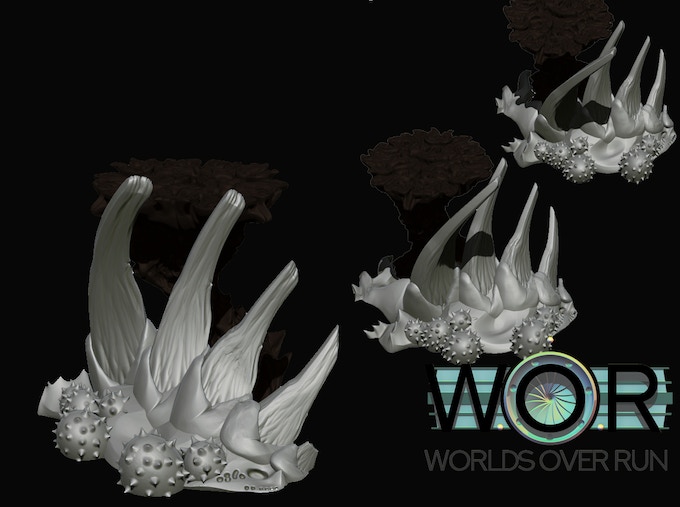 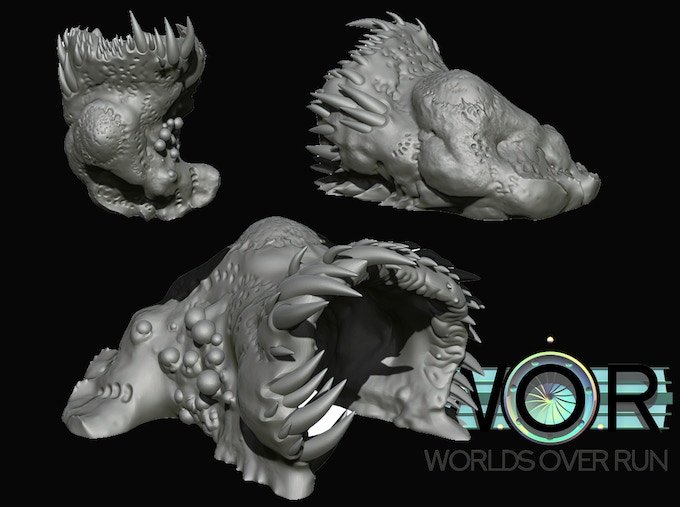 This looks eerily alien and a game-board filled with these… things… would be great. Fantastic stuff that wouldn’t look out of place among your Tyranid hordes. 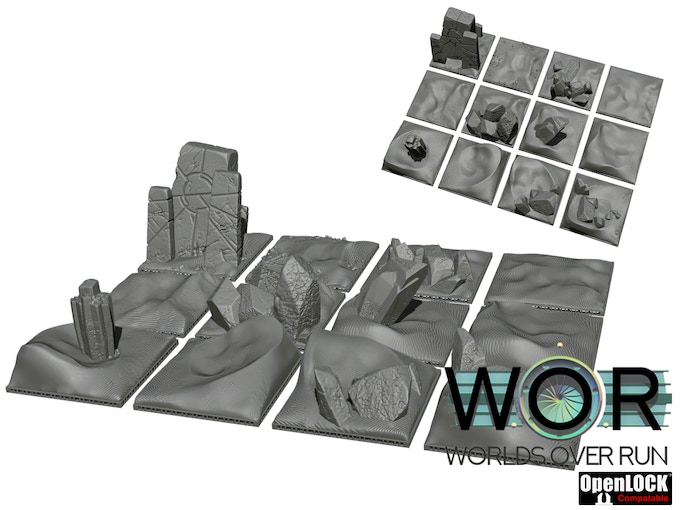 There is also a desert themed modular board pledge, OpenLOCK-compatibel, that is well worth a look.
This KS ends on March 28, 2018.


I found another, just started, kickstarter just as I thought I had this post written and done.
3D printable Sci-Fi Tanks 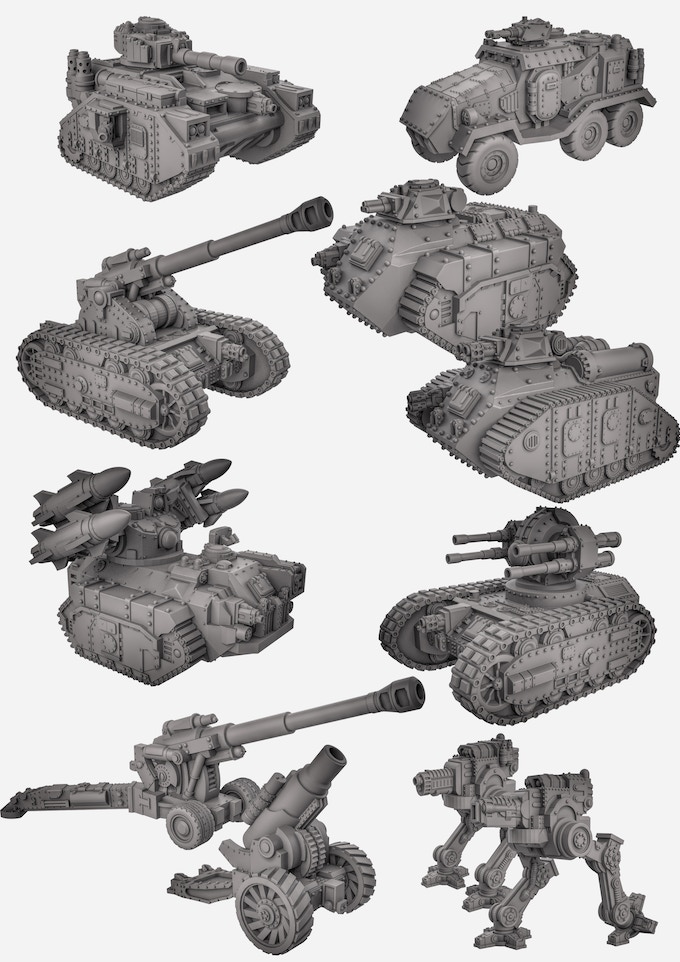 This is Duncan Louca’s first kickstarter, but he’s produced a lot of wonderful 3D-sculpts already. 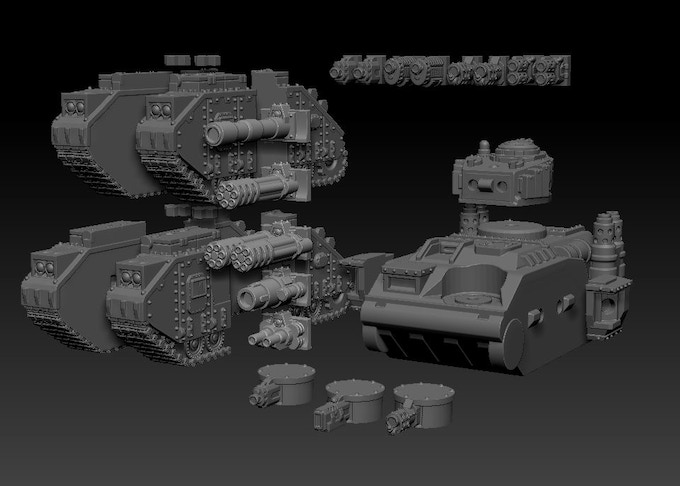 Here he presents us with a multitude of chunky SF-vehicles that wouldn’t look bad at all among any SF-army of a certain heroic style. 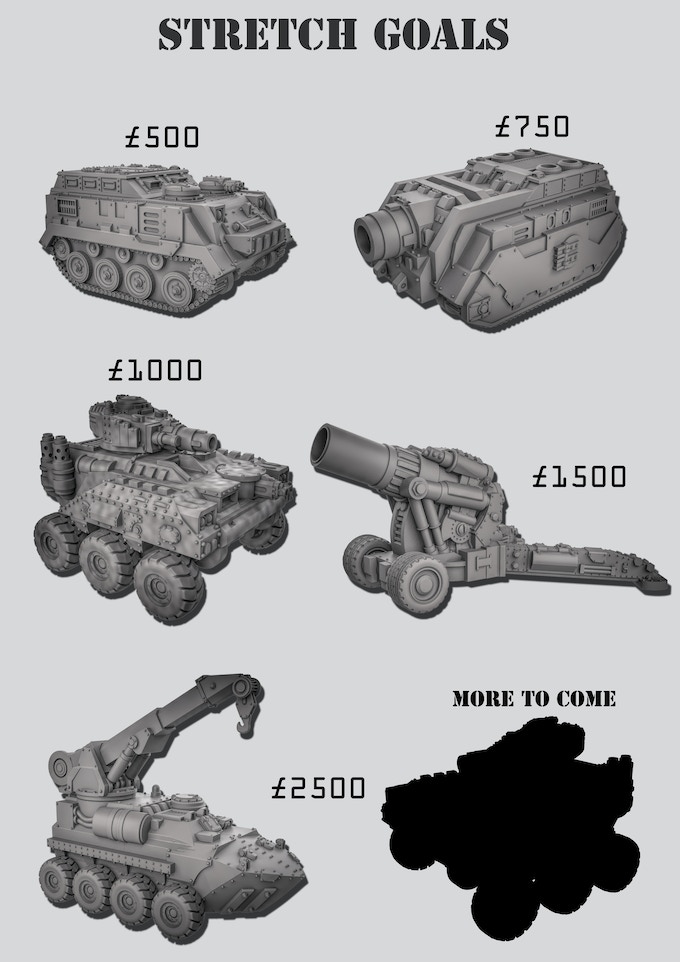 A couple of hours in (as I write this) and already several stretch-goals are bagged. If this is your thing I guess these files could be worth getting a printer for.

What a week!
All photos and illustrations © Printable Scenery, 3D-Print-Terrain, Evan Carothers, ESLO, Eric Askue and Duncan 'shadow' Louca respectively and used with permission.
Posted by Joakim Ström at 10:09