We started this day with an decidedly non-D-day activity – a visit to a calvados producer, Château du Breuil. Nice enough, but I would have preferred a bunker J 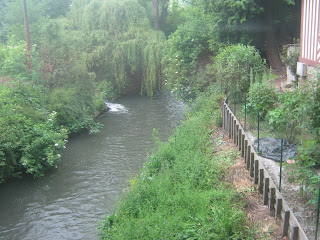 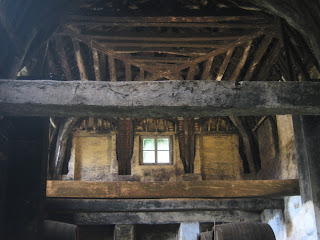 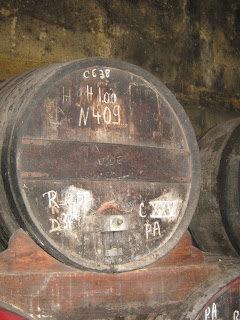 Had a tasting after the tour and the calvados was very nice, but not nice enough to drag it home.
Of to lunch, in the city of Honfleur. Had an excellent three course lunch and cider. 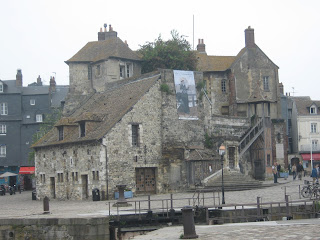 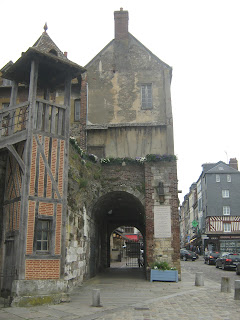 A markedly odd house in Honfleur. Would be well situated in a fantasy campaign. 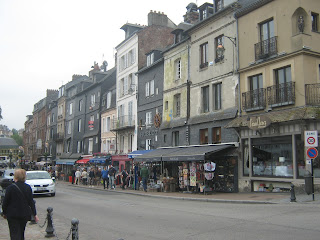 The harbour, and very narrow houses.
After a short trip to a non-D-day beach with a famous beachwalk, we had some action – The batteries at Merville.
It was a battery of four 100 mm artillery pieces in casemates, protected by light AA guns and machine guns.
British paras attacked the battery on D-day, read a good description of the action here.
Today there is a show of sorts in one of the bunkers, showing the attack as if you were one of the Germans. 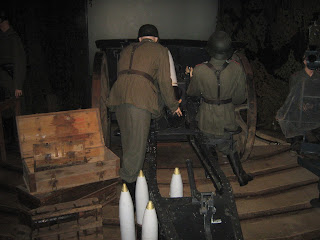 One of the antiquated artillery pieces. 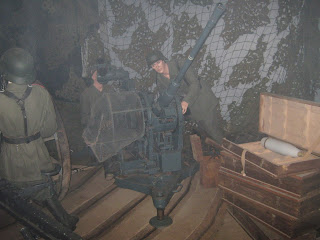 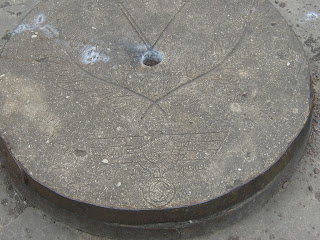 Scribbels on the foundation in one of the AA gun-pits. 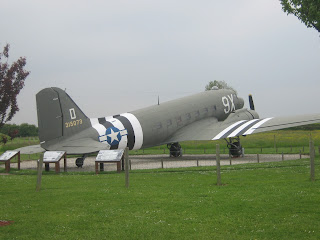 A Dakota (I think)
Day 3 to be continued