A varied bunch of pulp figures and another SMOG-mini + Gothcon

I guess these will be the final minis this month.

You’ll find me at Gothcon this weekend, demoing Chain of Command. Please come by and say hello if you're here.

(This post should have gone live on Thursday, but I hit the wrong button. Just found out and posted it a bit out of ordinary sync)
Posted by Joakim Ström at 20:11 4 comments:

We have had another great week when we are spoilt for choice. This time it is three kickstarters covering a monastery, mostly natural (and somewhat unnatural) terrain and a SF flyer with landing pad.. Add to that a great little organizer if you’re into Zombicide: Black Death.
So, let’s see what we got. 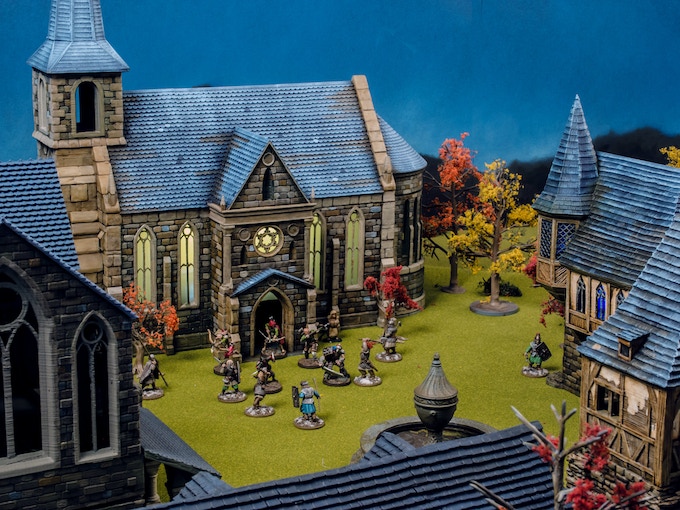 This excellent kickstarter will give you fortified medieval monastery, complete with gatehouse and walls, stables, a church, scriptorium and dwelling for the Abbot. 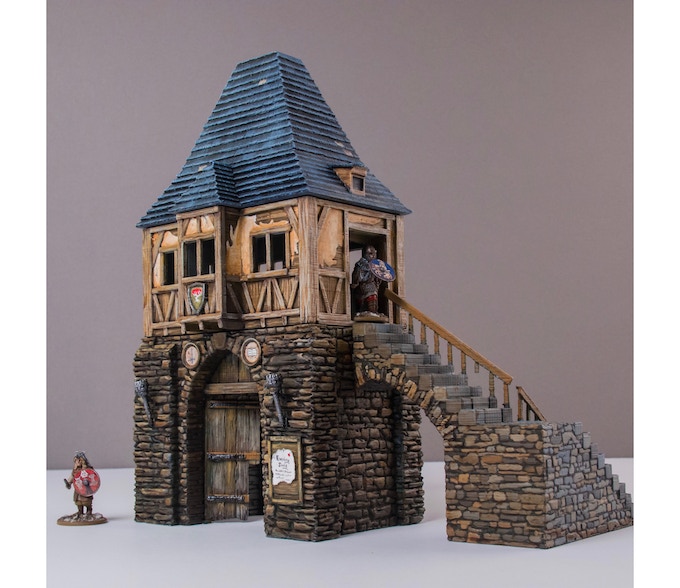 Add stretch goals, comprising furniture and all manners of smaller structures, such as a garden, waterpump, beggar’s hovel and much more. I expect quite a lot of those stretchgoals to be reached as the campaign seems to go really well. 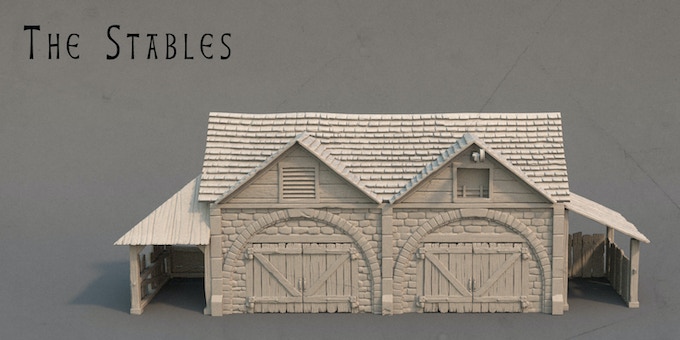 Everything here looks great and there are quite a few pics of everything actually printed, which I always think is good as I gives an idea of what it will actually look like. 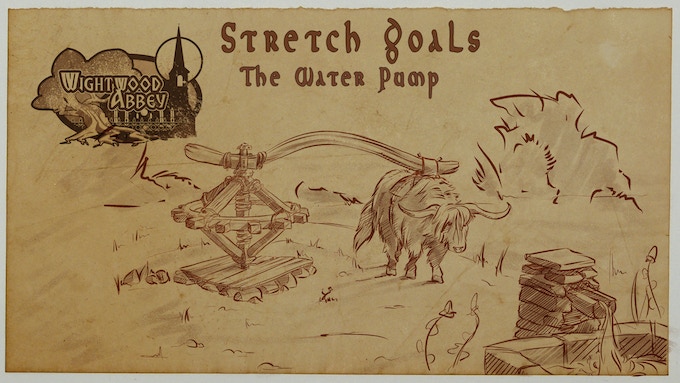 Definitely worth a look… or two.

Who doesn’t need an evil-looking forest for their parties, be they fantasy or pulp, to adventure in.
This forest certainly look spooky, with writhing trees, strange rock formations, and a bunch of OpenLOCK compatible ground tiles. 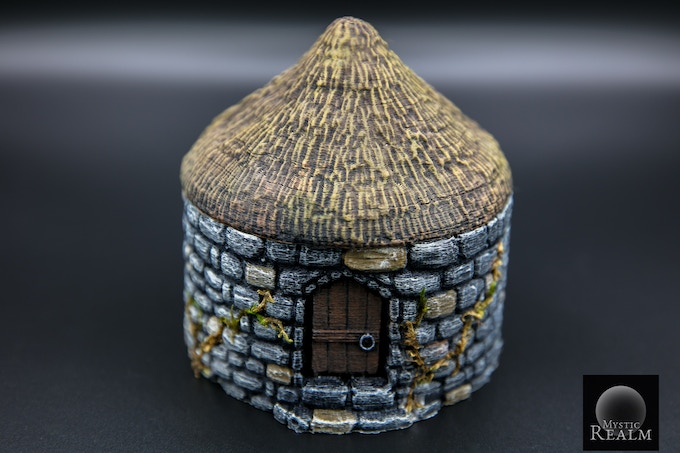 This also goes well and has reached a couple of stretch-goals. Already reached or soon to be, are different cottages, whole and ruined, and even more trees.
Looking good and very useful if a more actively evil forest is what you need. Check it out.
This KS ends on April 8, 2018. 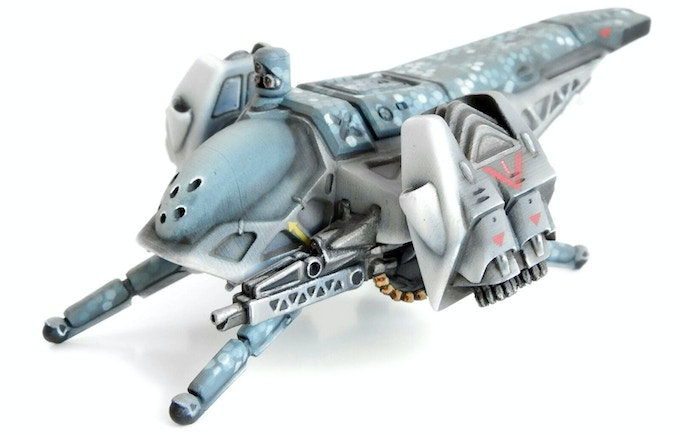 The Chicharra (or Cicada) is a small sci-fi flyer, with both civilian and military versions. 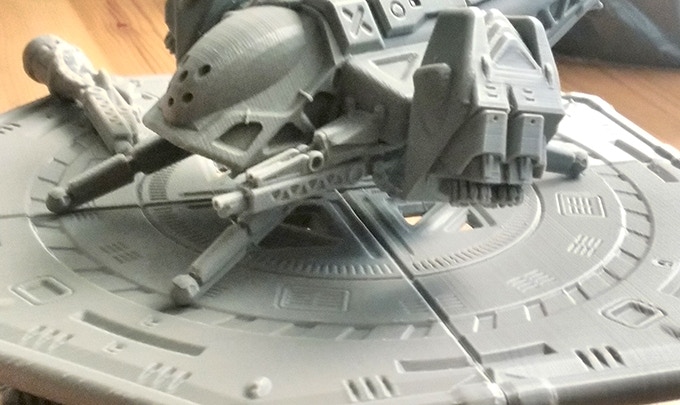 You can choose between just the civilian hopper, an bundle with both civilian and military version or finally an all-in variant where you‘ll get a landing pad, other installations and lots of different crates (and you always need more crates, right?). 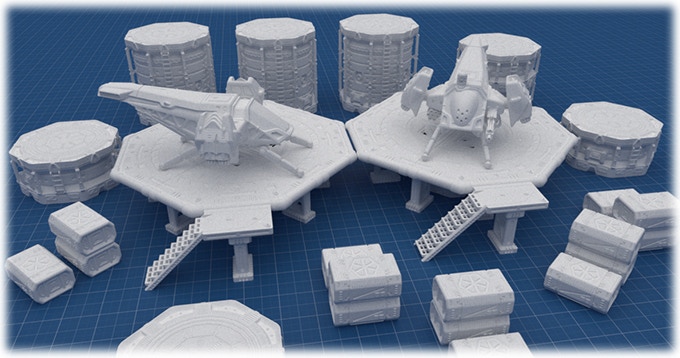 This looks really good and would be perfect in a SF outpost or in the middle of a future city, maybe on a roof-top. 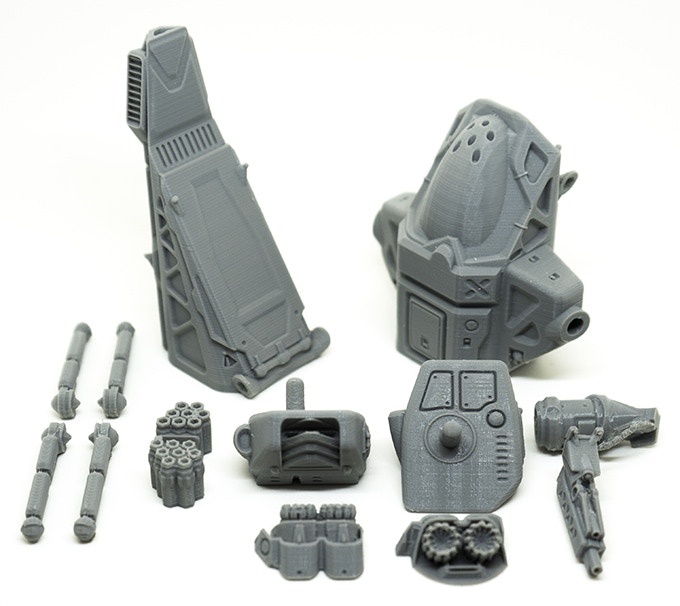 Board Game Token Organizers STL Files for ZBP Game
Finally something a bit different from what I usually present. This time it’s a printable organizer for you Zombicide: Black Plague game.

A simple and excellent little project that’ll give you just what you need to make some sort of order in your Zombicide box, and it is very affordable, too. Check out the video on the kickstarter page for more info on what goes into the organizers. 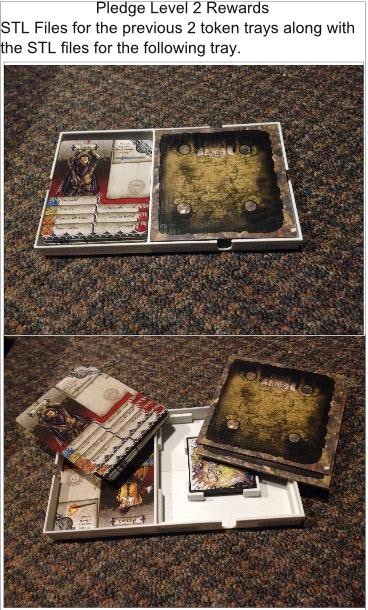 
I want to make a pulp-themed carnival as that would look just great and will give lots of opportunities for my pulp leagues to tackle all manners of evil things.

Here’s the first instalment.
Posted by Joakim Ström at 10:24 6 comments: Having a lot of details and small scenery-pieces is what really makes a gaming board, in my opinion. 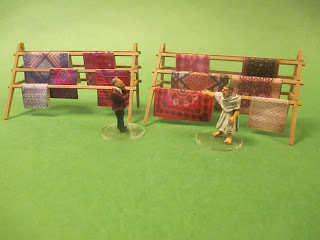 My Pulp Alley campaign will soon move to North Africa and I need more stuff for that setting. While shopping for scenery for my Pulp Carnival setting I found this, MDF-scenery for a North African market place. 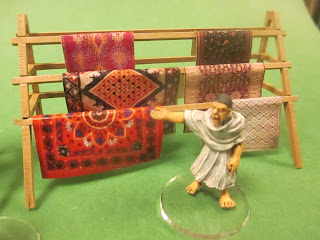 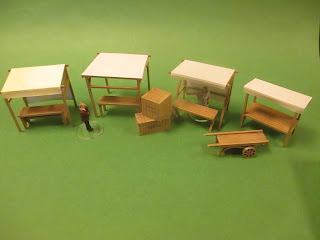 The Souk - Set Dressings by Sally 4th gives you a lot of stuff; 8 market stalls, 2 carpet racks (with carpets), 6 benches, 2 wheeled barrows, 4 boxes and finally 2 fruit display crates (that I haven’t assembled yet, as they are quite fiddly). All this for £20 - great value! 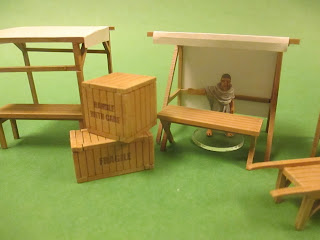 I assembled as per instructions and painted everything to get a more pleasing look compared to the ‘raw’ look. The carpets were cut out and painted with a dilute sand-colour on the reverse, to avoid the stark white from the paper. I also painted two canopies with a dilute yellow, to get some variability. I might paint a couple more in the future. 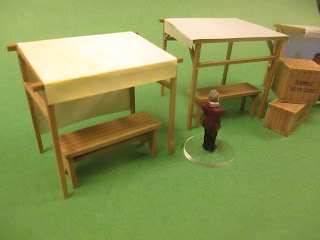 All in all a super set, well worth the money and definitely a must-buy for pulp-games in North Africa or any appropriate historical setting. Rome, maybe. 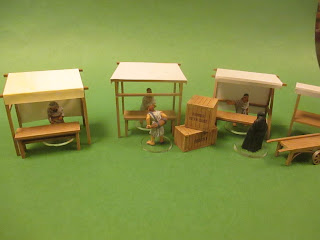 Tomb of the Serpent Campaign – Part 1 The Haunted Dungeon
I have a soft spot for the heroes of the CSSS (Corpo di Spedizione della Santa Sede, or The Expeditionary Corps of the Holy See). They’ve been through a lot of adventures, Monsignore has been pummelled by many monsters and miniatures have multiplied during these years. Yes I do like my nuns with guns and armed and dangerous priests, and I need more! J

A very condensed background to this Pulp Alley-campaign:
The Great Serpent, Aphopis, was an evil Egyptian god defeated by a bunch of other gods and imprisoned in a tomb after a long and bloody struggle. After a couple of millenniums Professor Pacoli and his guide Aziz discover a strange tomb, that Aziz recognizes for what it is. It’s too late as Aphopis stirs in his sleep and awakens. His servants are activated to try to gather ancient artefacts scattered around the globe. It they succeed Aphophis will be freed, and Earth as we know it will be doomed.
So, who you gonna call?

“Questo è il quartier generale del Corpo di Spedizione della Santa Sede!”
“Mumble, mumble, mumble, mumble! Mumble mumble mumble!”
“Terribile! Spediamo i nostri operatori più importanti!”
“Mumble, mumble, mumble?”
“Sì, sono il meglio del meglio” *
Our heroes quickly find clues leading them to what seem to be a hidden cult lair in the sewers of Rome.
We join them as they enter the dungeon and the alarm sounds. They have to quickly find the hidden relic and get out fast, before all hell breaks loose.
The final Faceless tries to reach Padre Sicario but don't quite. He insteads lets go with his shurikens while Padre replies with his Thompson. When the smoke clears nothing at all has happened. They look at each other in disbelief. "Was that a clip of blanks?" thinks Padre.


Phew, that was a compact, fast, fun and furious game of Pulp Alley.
The CSSS failed in their mission, but Monsignore found a letter in the small chest he took off with. A letter with a crucial clue to where another relic might be hidden.
Stay tuned for more adventures with the CSSS!


* Sorry if I mangled the Italian language here. I blame Google Translate J