German Medical Personnel in 1/72 by Zvezda 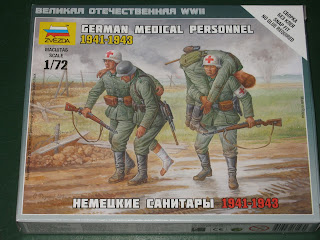 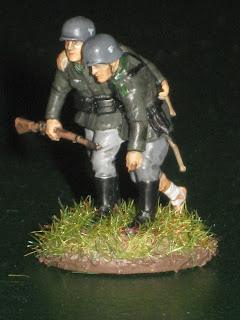 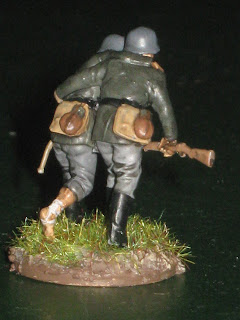 The first set is a medic leading a wounded friend and consisting of five separate pieces. The pieces fit together easily, and, even though it is not strictly necessary, I recommend gluing with ordinary polystyrene glue. The fit was not perfect and I found some obvious gaps needing green stuff. 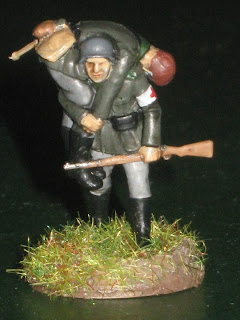 The second set is one soldier carrying another. Also five pieces, and also here you might need some green stuff. 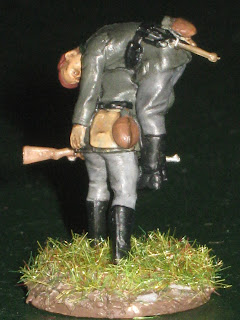 The figures can be mounted either on separate bases or on one base to get more of a diorama. I used the separate bases, and glued them on washers.

These figs are really very nicely detailed, as can be seen, and will get you some unusual poses. I’m not sure what I will use them for in our games, but we’ll find something out.
I believe they are rather overpriced, being only four men, and for what I paid I do think another pair of figures would have been nice.
Anyway, on the cover of the box you see what you get, and if that is what you want and you’re willing to pay the price, I think you will be satisfied with the result.
Posted by Joakim Ström at 19:56