As a birthday present to myself I got a 5-day battlefield tour of Normandy, specifically Overlord and beyond. A long-time dream come true.
The trip was a cooperation between SMB and Favoritresor.
It started early, the plane left Arlanda Airport at 06.30 on June 8th. I went solo, but met the first two members of the trip on the plane. My neighbour read a book on Overlord, sort of a dead give-away. Nice chap (Hi there, Jan).
Our guide, Peter Hagwall, managed to catch us all, 35 enthusiasts, at Charles de Gaulle airport, where a bus was waiting.
As it turned out, Jan and I got to sit next to each other on the bus, too. Lunches with cider/wine/beer followed...
From Paris we travelled through the Seine valley towards our goal, Ouistreham, which was to be our base of operations. Ouistreham is at the very west end of Sword Beach. 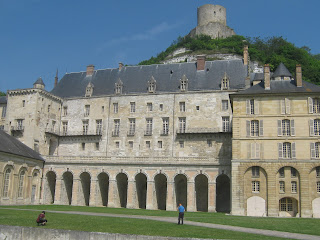 The first real WWII-stop was Rommel’s HQ at Cháteau de La Roche Guyon, an impressive castle in the shadow of a steep cliff and nice caves to hide in.
As with all photos: click on them to get a larger one. 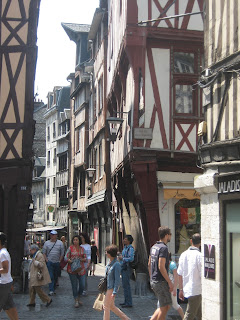 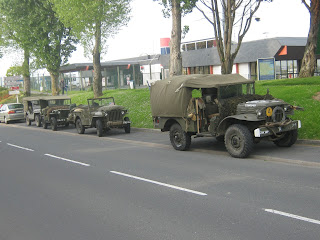 At Ouistreham I found these just outside the hotel. This close to the anniversary there was lots of re-enactors around. We passed several more Jeeps, trucks and even half-tracks during the next few days.
More pics of the jeeps and Dodge ¾ ton truck (I think it is): 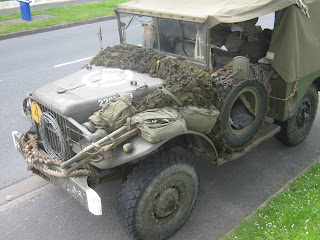 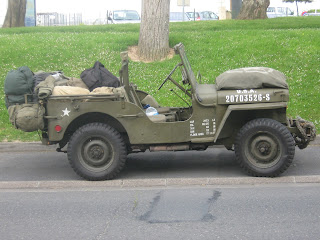 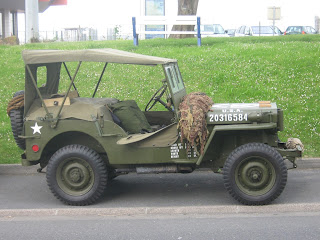 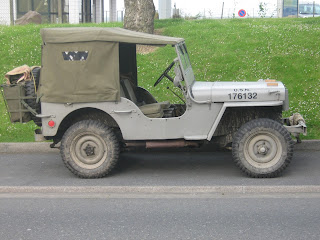 I’ve got a bunch of photos of details, so if you’re interested I could publish more. Just state your preferences in the comments below.


That was the first day.
To be continued.