Next stop the German batteries at Longues, situated between Omaha and Gold beaches. Four 152 mm guns in casemates. Well actually three now, well rusted, as one of the bunkers blew up after they were captured. 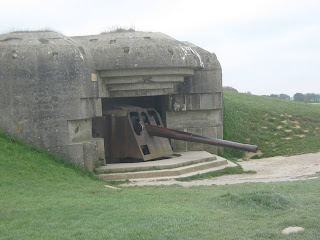 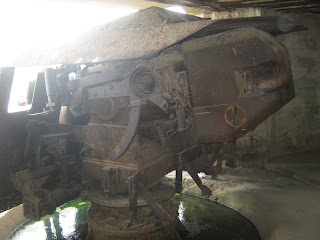 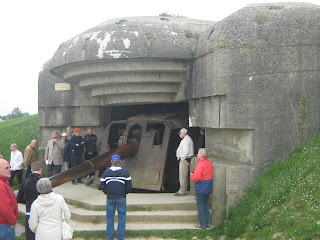 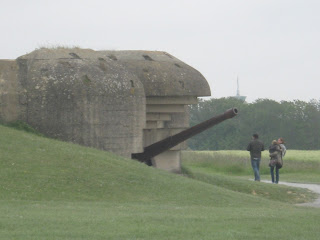 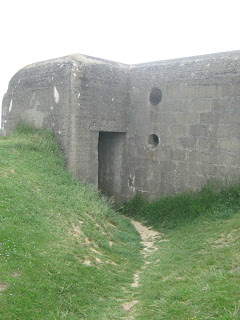 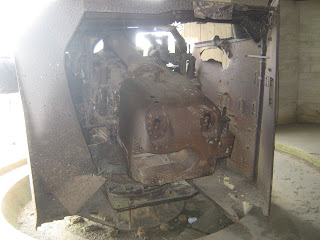 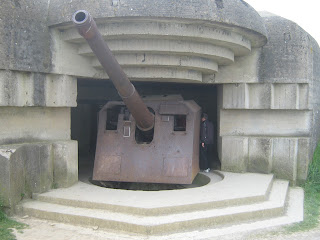 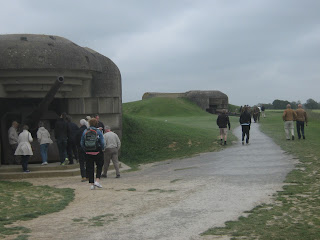 Last stop of this packed day was at the Embarkation Museum at Arromanches. Another excellent museum, mainly concerned with the pre-fabricated artificial harbour built outside Arromanches. Lots of excellent scale models of the harbour, how it was built, how embarkation was handled, etc. We were rather short on time unfortunately. I enjoyed the exhibitions and film and I only took three pictures in the museum. 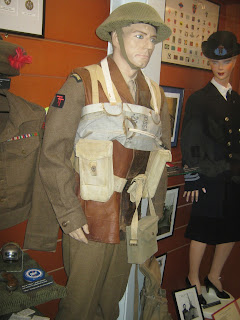 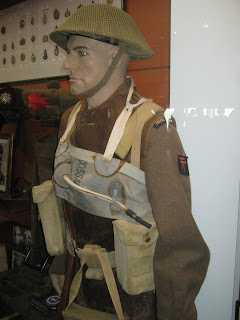 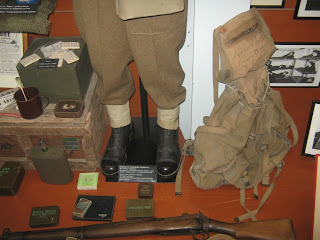 This is it, a British infantryman with life vest. 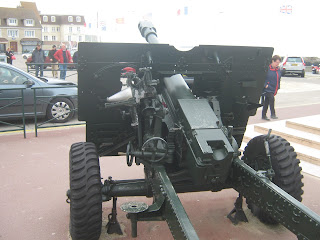 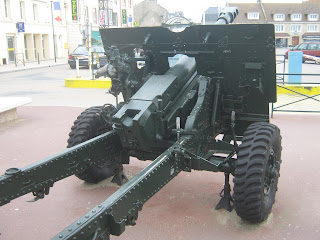 A 25pdr on guard outside the museum. Great confusion about these guns, I saw them depicted as 84, 88 and 94 mm. 88 mm is correct to my knowledge. 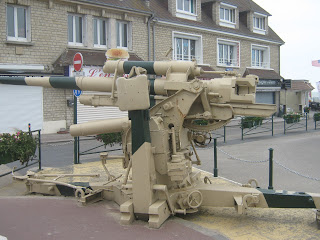 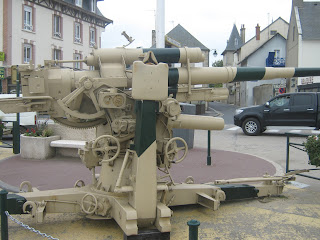 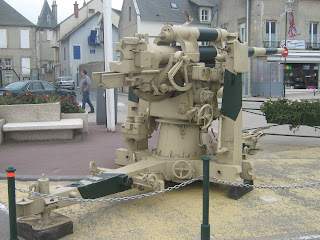 Another 88 mm, the real thing this time… 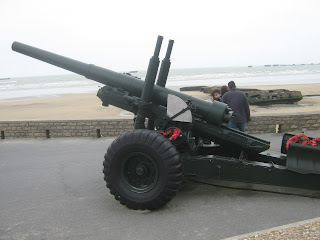 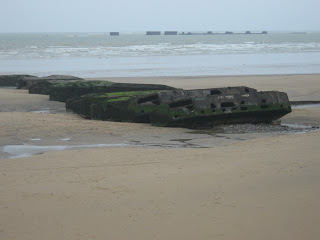 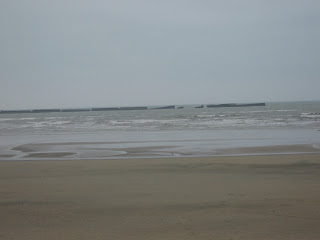 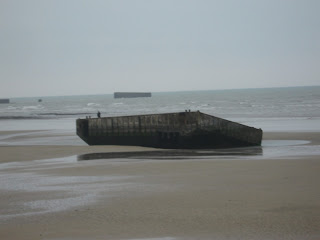 Remains of the harbour
That was day two. After this we went ‘home’ to the hotel, and enjoyed a dinner together.