We, Scandinavian Lardies, met on one of last year’s last days. Winter is a good time to game the Finnish Winter War, but so far this winter has been a joke. That was not the case in 1939.
We use the new IABSM v3 rules, and as were still not fully proficient with them we do make mistakes… 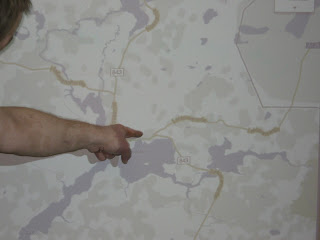 We gamed in a conference room this time, which helped when our umpire and Winter War-scenario writer Thomas showed us where we were using Google Earth. 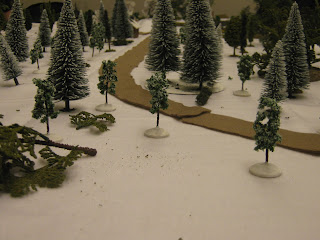 It’s a day or so after we, the Russians, started our glorious liberation of the oppressed Finnish workers and farmers. The imperialistic White Finns are fleeing, and we drive west, pretty much unopposed, along a small Finnish road. South of us, and parallel to this road, other Russian troops attack along the Raate Road… Where are the oppressed farmers who should be standing by the road cheering us? 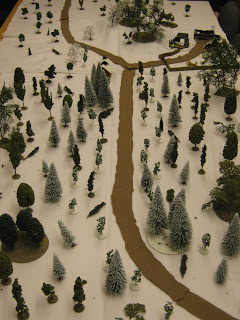 Our objective: Drive through and exit along the road as fast as possible. Near us a deep forest with light snow on the ground (-1 pip moving without skies) and beyond the village open ground with a few scattered birches. There the snow is deep (-2 pips without skies). 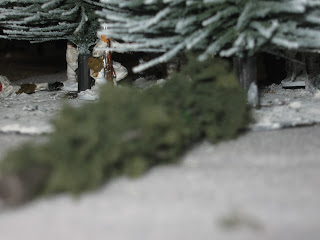 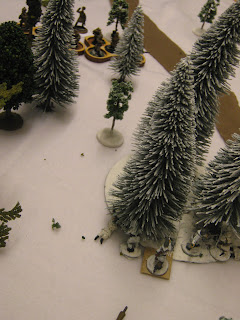 We attack the imperialists! 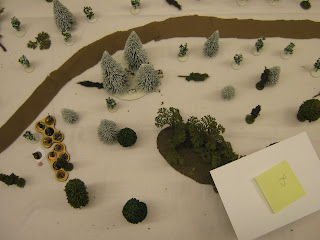 An improvised blind bypasses the Finns. 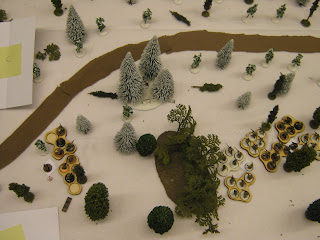 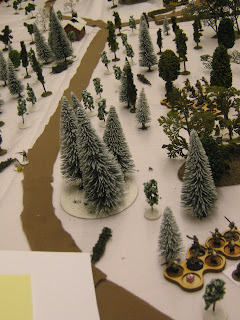 Exterminated. A couple of unfortunate Finns runs away.
About this time we agree that the Russian advance goes a bit too fast, so we ditch the Russian Recce card (this was a recce unit, but that doesn’t necessarily means it must have a recce card) and we remove quite a few Russian leaders, a slight glitch made them far to numerous. 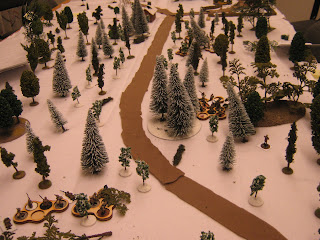 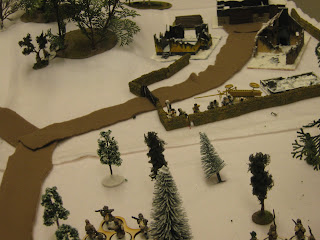 Opposition! A machine gun on the hill, and infantry behind a wall. 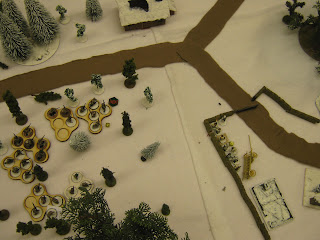 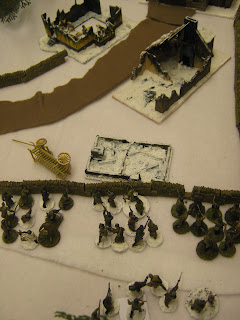 Assaulting while the Finns fall back. 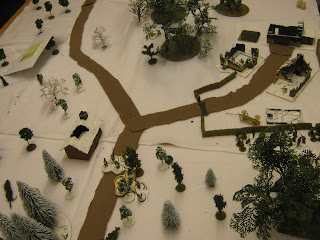 The Finnish MMG was driven away by our own well placed Maxim. Our courageous troops advance over the road. 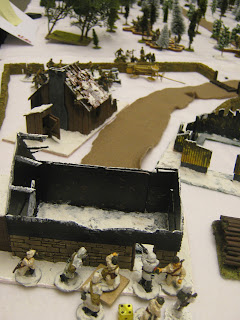 A view from the Finnish side. See how they tremble. 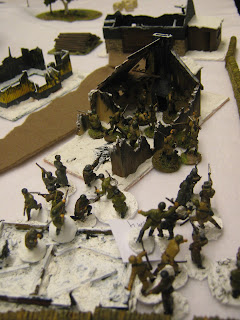 Our glorious liberators! Soon after this shot a bloody close combat ensured, where the evil imperialists were driven back, and our troops had to, erm, catch their breath. The pictures where so gruesome that the censors had them confiscated… 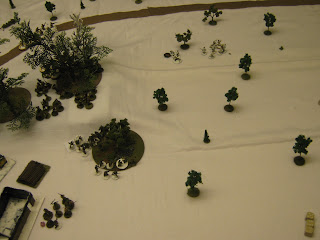 The cowardly Finns seem to have decided to flee. All units make a run for it. Our liberators pursue them. Here it gets really cinematic, a horde of Russians pursuing a handful of Finns. 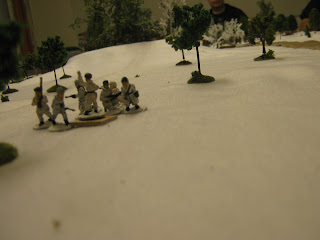 Perkele! Ski for your lives! 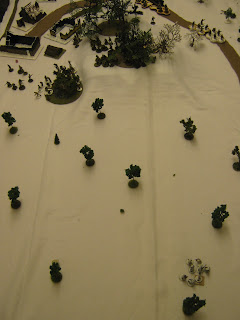 The last Finnish troops exit the board. A tense ending.
The Finnish objective was to slow us down as much as possible, and then withdraw. That they say they did. A platoon of Finns slowed down a company of Russians (marginally we say, we had to take a break anyway).
We, the Russians, drove the imperialist away and liberated even more pine forest and burnt down peasant houses.
We all felt like winners (especially when we reported back to HQ).

We plan to continue our adventures during the Winter War, with more fighting around the Raate Road, so we’ll probably see a motti next time (we were rather afraid of this actually, now it was a delaying action instead).
Lessons learned for next Winter War-time. Some we discussed, some I have thought of afterwards:
- Less Russian leaders
- Nothing to help the Russians advancing, like bonus cards.
- I think  the Russians should come in on board as they are, i.e. not under blinds. That will give the Finns the advantage they need.
- Finnish troops should be able to go back under blinds, something like in Charlie don’t surf.
- Finns should be able to stay concealed at shorter ranges.
- More?
Posted by Joakim Ström at 12:03