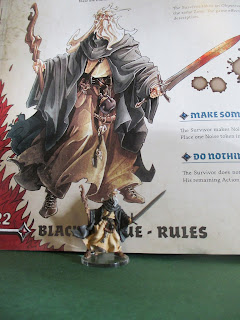 I tried to paint him like the illustration in the rules-book to make identification easy on the gaming board, and I think it turned out quite well.
One down, three to go (plus the abomination, the necromancer and a lot of zombies, of course...)
Posted by Joakim Ström at 10:22