Battle Report – On the road to Stalingrad – or “Hey, what’s the chance of me rolling another double 1?” - Part 1

Saturday was another participation game, this time at Incognicon in Skarpnäck, a suburb of Stockholm.
We used the IABSM v3 rules, and our game was set in Russia in 1942, on the road to Stalingrad, and it was based on the scenario  “Nice one Kirill” from Too Fat Lardies' Summer Special 2007. We used slightly different troops, mainly to fit what we had built. 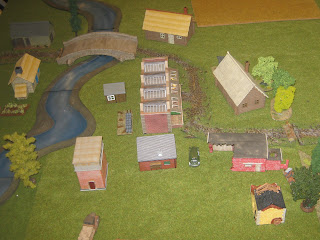 Today’s objective – take and hold the bridge
We met at 10.00, and had set up and were ready to play at about noon. As usual we had one of us playing the defenders, in this scenario the Russians, and everyone who wanted had a chance at the Germans. We immediately got a bunch of interested ‘evil nazis’ (even though they seemed very friendly) to take us on.
As usual when playing IABSM we start with an empty board. The defenders set up hidden, and has to be spotted, actively, when you’re close enough or when they shoot at you. Attackers enter the board under blinds. 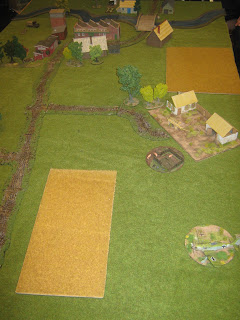 The board from the German side (Yes, we know there weren’t any FW 190:s at the eastern front at this time, but it was such a nice model. We had to use it!) 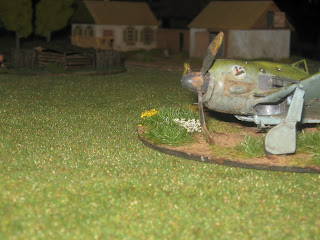 Farm in the background 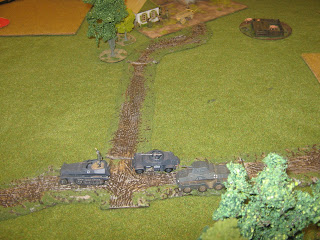 First group in was a recce-unit. Vorvärts! After them a blind (which turns out to be false, i.e., not having any troops under it – it represents maybe a motorcycle, a couple of scouts or maybe a cow. False blinds can move, spot and be annoying) 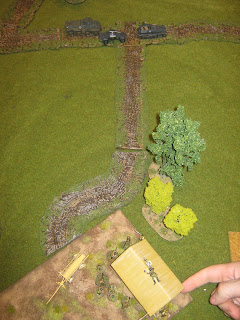 The hand of God points at the first Russians. 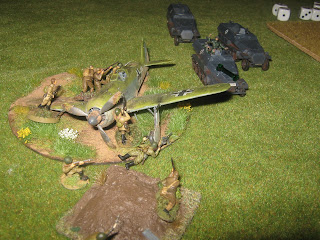 Next in to be spotted is a platoon of grenadiers in halftracks. Oops, Russkies hidden around the downed fighter. They fire at point blank range and damages the Hanomag. 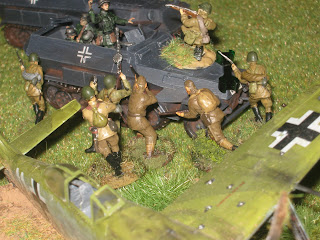 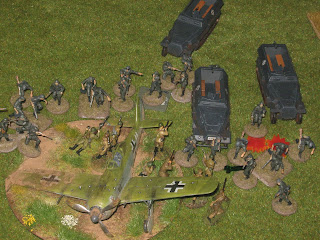 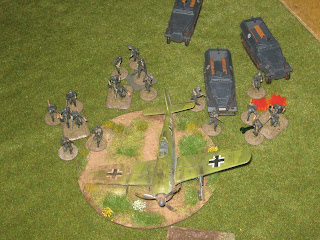 Where did all the soldiers go…? that was bloody! 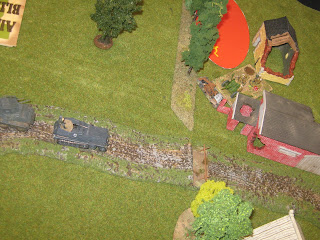 Back to the recce. What’s that? It points towards us… 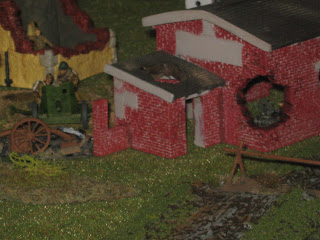 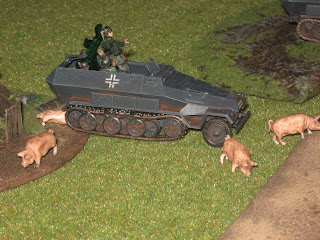 Back to the Hanomags – hunting Russian pigs… 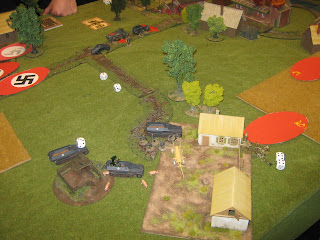 …and assaulting Russians in a house… 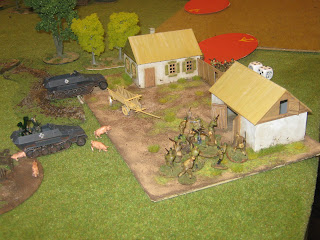 …but the barn was also filled with commies, totally wiping out the assaulting squad. (They are really inside the barn) 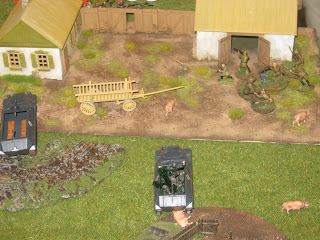 Oh, there are enemies behind the fence…

To be continued!
Posted by Joakim Ström at 23:09