The first batch of new big men for I Aint Been Shot Mom. The idea is to represent a level 1 man with one figure, a level 2 with two, etc up to four men for the highest ranking Big Men.
I have already converted some old figures into level 1 Big Men, simply by placing them on square bases, as opposed to circular ones for ordinary men.
These guys are newly painted. 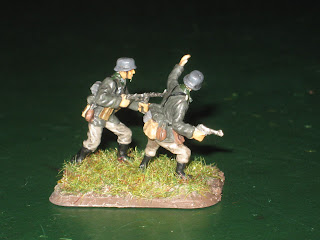 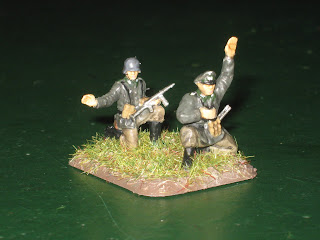 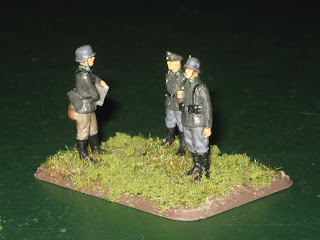 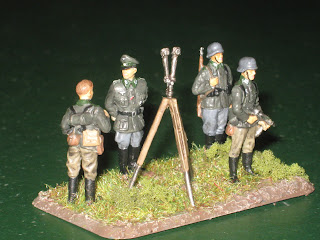 Level 4 Big Man. The officer is a metal one I got from friend Daniel, and he was part of a group build. Great figure. Periscope from Revell German Armoured Infantry. The man with rifle is Caesar German Army, and the one with a SMG is from the Airfix Reconnaissance Set. The man with the back towards us is unknown.
Posted by Joakim Ström at 08:38