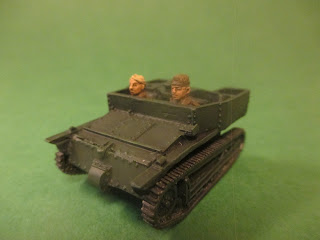 Evil Overlords seem to have a big budget for transports for their (lazy) minions and correspondingly tiny budgets for firearms- training. When one of them get their priorities right then whatever hero is after said Overlord will be in for a surprise. A short-lived surprise. 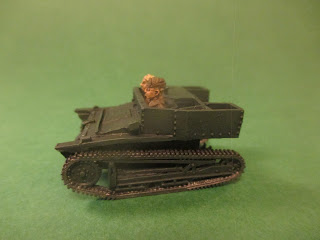 Anyway, I bought the Carden-Loyd Carrier from Warlord for a Sealion campaign that never took off, and it’s been in the resin- and tin-mountain since. I thought a slight repurpose in its life would give it a reason to meet the paintbrush, and it was promptly relocated to a suitably evil overlord’s car-park. In the off-chance that we will actually build all those other minis for Seelöwe I painted it in a colour that could pass as proper for a home-guard unit somewhere in southern England.
The integral crew had British helmets and that sealed their fate as they were promptly decapitated and got replacement-heads from the bits box (I think they came from Perry Italians… must be a horror for a British WWII-soldier…). The resulting chaps could still pass for home-guard as their uniforms were painted in a suitable colour for British infantry, which works equally well for minions. 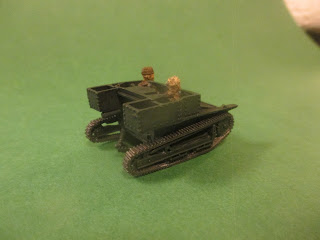 The kit was so-so. The resin body needed quite a lot of work to be presentable while the metal tracks and tow-hook were rather good. 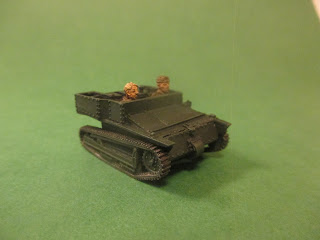 A bit of a disappointment overall but the Overlord is more than pleased. 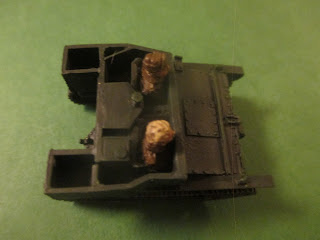