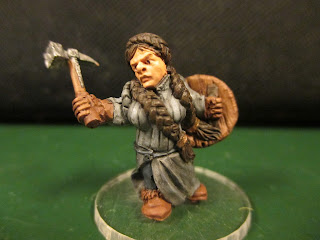 I bought this resin figure from Scibor a couple of years ago. She was originally armed with a short sword but I changed that to a war-hammer from Otherworld. 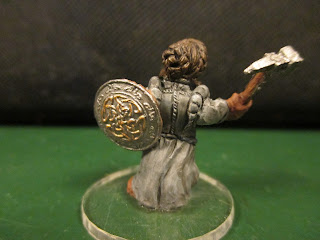 I started it a long time ago and it has just stood there on my painting table getting a bit of paint now and then and just finished it. Lost my notes on paints used, so the pics are what you’ll get. 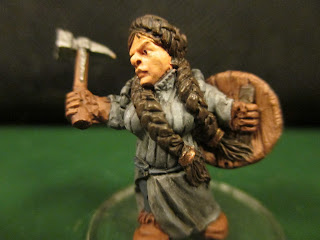 I rather like the grey tones. Suitably dwarvish.
Posted by Joakim Ström at 14:15 4 comments:

We met a couple of weeks ago at the club for a game of Pulp Alley. The idea was for another game to make ourselves used to the rules before we started the Perilous Island campaign. 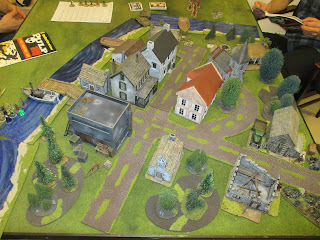 After a short discussion we decided to set the adventure in New England for a change,and the small village of New Kolsva (just found the name of the place on one of my arcane maps of New England before Chuthulu took over). 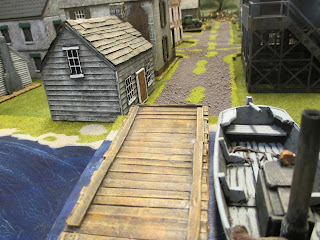 Our well known leagues and a couple of new ones are there for the XXIX International Conference on Paranormal Studies.
We decided on the Trail of Clues scenario and when we rolled up the different plot points we got a rather good history out of it. 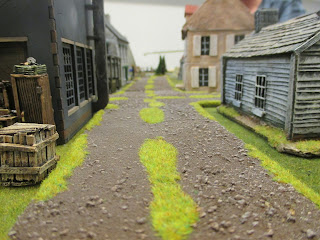 A mad scientist has escaped from prison. He (the major plot point) knows how to build a dooms-day device using machinery and chemicals spread around the village (the four minor plot points).
The antagonists are: 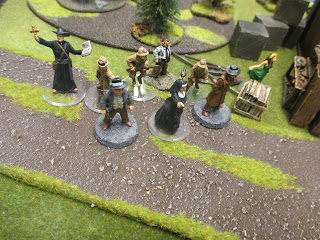 The CSSS – Corpo di Spedizione Santa Sede - the real heroes (off course). We got a lot of extra hands this time due to good dice rolling. A level 2 Scout (the cute and sneaky Mary O’Brien), a level 2 Brawler (Mike O’Reilly dessed in a suitably sinister trenchcoat), a level 1 shooter (Mark O’Neill armed with a pistol in hand) and finally a level 1 Brawler (Peter O’Hara with his gun in a holster, fists of steel and jaw of glass) 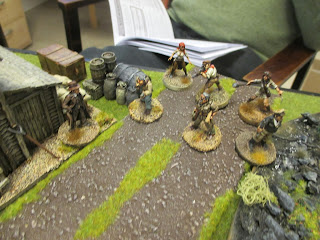 The Belgian League led by Dr. Castroulle, the King of Pommes Frites, also starring Ms. Mayhem with her deadly sledgehammer and Bruno Van Damme (rumored to be the grandfather of Jean-Claude) 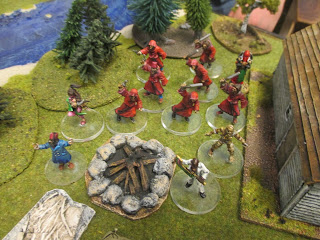 The International Egyptological Society (aka the Cult of Ra) starring the rather smelly Ah Neton, Nefertiti Jones, Dr. Al Hasred and a horde of cultists… I mean students in funny school uniforms… 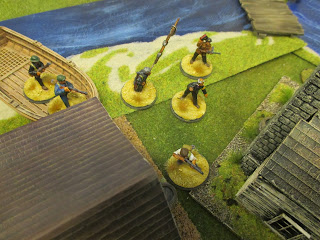 Fosterlandsstiftelsen för Evangeliets Främjande (approximately the Fatherland Foundation for Advancement of the Gospels) – a very Protestant institution out to spread the true interpretation. Heretics!
So here we go – three cults, the King of Pommes Frites and a mad scientist in a calm little village. What could possibly go wrong?

Another great game that went very well for the CSSS. Three Reputation points for holding the mad scientist and also one extra Contact to use in a future game.
At the conference we heard rumours of a forgotten island and Lady Elaine Darrow seem to be the key to that island. She is presently in Mexico excavating Toltec ruins.
On to the next adventure!
Posted by Joakim Ström at 12:54 20 comments: 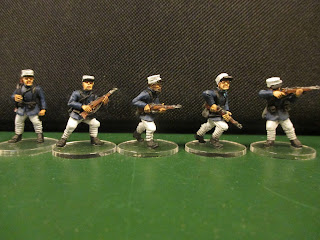 In the Pulp Alley campaign played at the club we are moving from Mexico to Morocco and there we will need a couple of French Foreign Legion soldiers to make life miserable for our brave adventurers.

These soldiers come from CIC-4 French Foreign Legion pack from West Wind. I asked my resident Foreign Legion-specialist Thomas for some tips on paint-scheme for these guys and he sent me an illustration and with that as a base I googled a bit for more inspiration. I'm not saying that these little tin men are in any way historically correct, but they will work in a game. I was in a bit of a rush to get these guys finished as we will need them next week at the club. 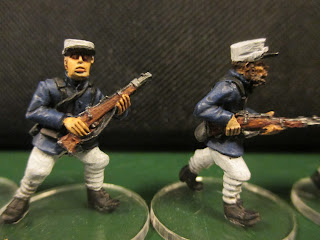 Ankheg from Reaper and Midsummer 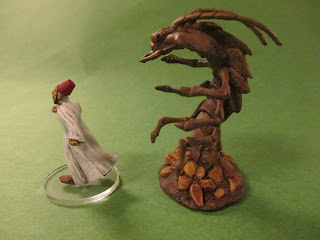 Another Reaper Bones mini done, this time 77230 Ankheg sculpted by Kevin Williams. If you want the metal version it is 03658. 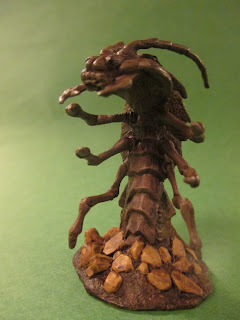 I just wanted this done as fast and in as easy a paint scheme as possible as it will probably only be used once or maybe a couple of times total. 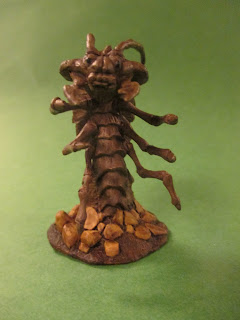 It got a basecoat of Citadel Foundation Khemri Brown with a wash of Citadel Devlan Mud. Drybrushed Vallejo Green Ochre on back and Citadel Dwarf Flesh on underside. 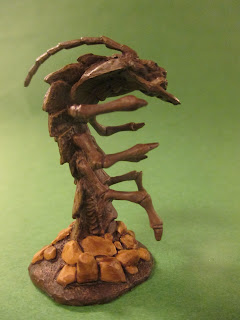 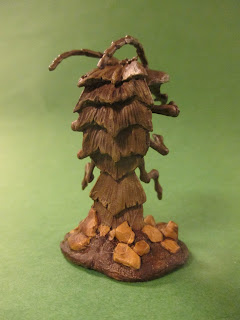 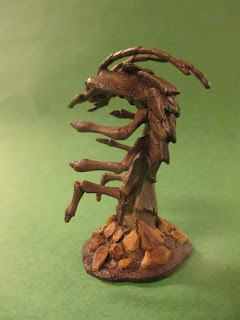 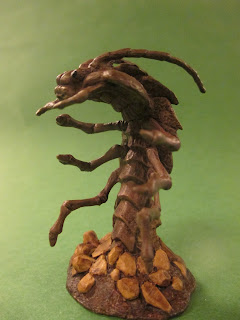 Last Friday we celebrated Midsummer. Midsummer is one of the most important holidays Sweden, only beaten by Julafton (Christmas Eve on December 24) and possibly New Years Eve.
It’s an old pagan tradition where we essentially dance around a giant phallic symbol celebrating the awesomeness of summer and strangely enough there is a peak in births around 9 months later J
We were at friends' summer-place in the deep woods of Västmanland. A very traditional midsommarstång was made in the morning and dancing began on the afternoon.
True to tradition we also got some rain…
Posted by Joakim Ström at 22:01 9 comments: