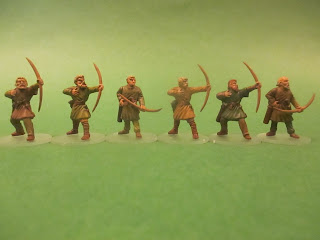 I had a game of SAGA II at the club a while ago. Such a good game! So good, in fact, that I bought the rules and a Viking warband.
These are the first painted ones, half a unit of Levies from Gripping Beast, sculpted by Bob Naismith.
I’m really concentrating on producing these as fast as possible and still enjoy painting them. So I just block paint and wash. Turned out well enough.
Posted by Joakim Ström at 10:32 6 comments: 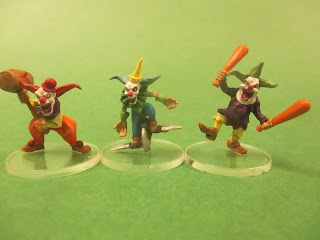 These are really disturbing. What is it with clowns that make them so creepy? I mean, clowns are creepy as they are, but these… Yuck! 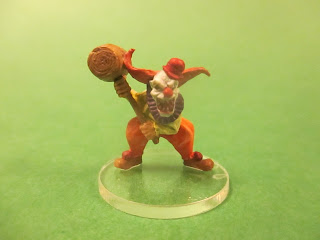 They are part of the evil faction in Rise of Moloch, obviously, and really well done. How can you not like killer midget clowns? 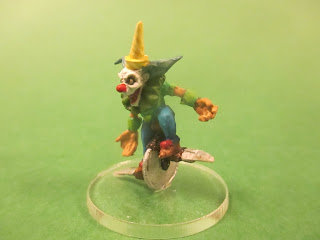 There are like five each of the normal ones and 10 of the stretch-goal cyclers. I will of course need them for the game, but also for my little Pulp carnival. I need lots there J 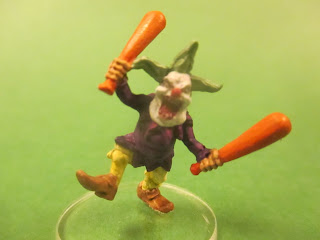 These first ones were fun to paint, as it isn’t every day I use all these gaudy colours. The rest will hit the painting table rather soon.
Great fun, these!
Posted by Joakim Ström at 10:13 6 comments:

A journalist from RAFM 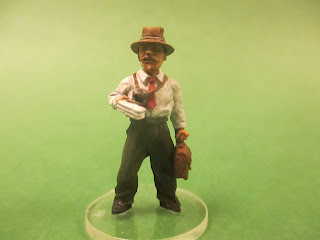 Barry Holt – Journalist from RAFM and their Cthulhu range. 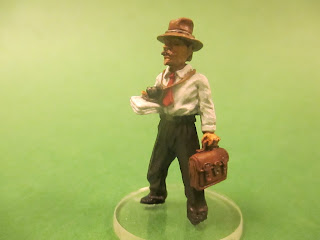 He’ll probably see pulp-action as a NPC, maybe writing about the adventures of the CSSS. 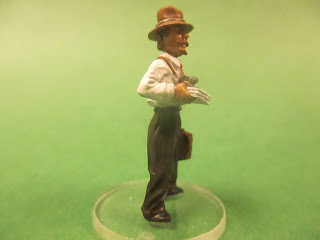 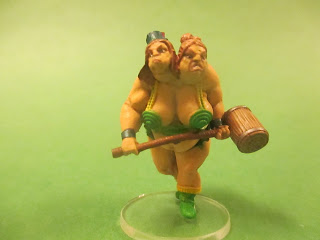 Hammersmiths - an Agent from the Rise of Moloch game. 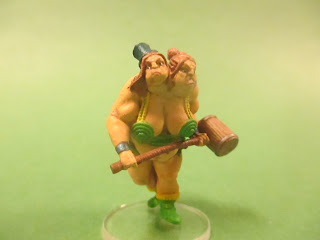 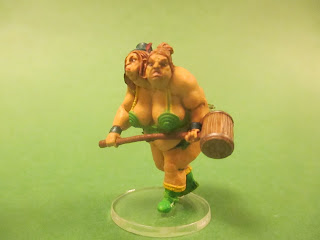 A fantastic mini full of character and rather creepy, as all Agents in that game. 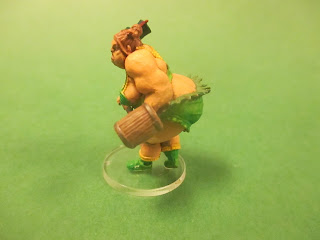 She (they?) will probably see first use in my Pulp Alley amusement park. 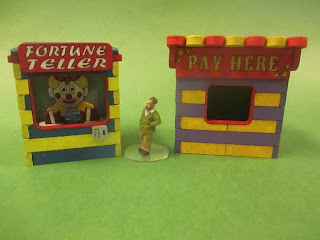 Here are the latest additions to my pulp amusement park/carnival. 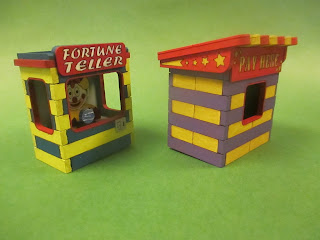 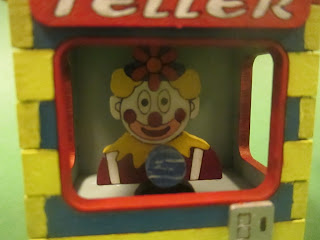 There are more stuff from the same company on the painting table.
Posted by Joakim Ström at 10:15 2 comments:

Nun with a (big) gun from RAFM


A nun with a gatling gun from RAFM - what could possibly go wrong? 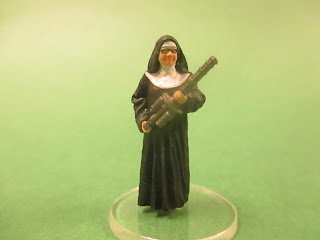 This one has it’s given place among the priests and nuns of the CSSS, my Pulp Alley Vatican-league. Well, she obviously has a given place in most pulp games, I mean… a nun with a gatling gun! 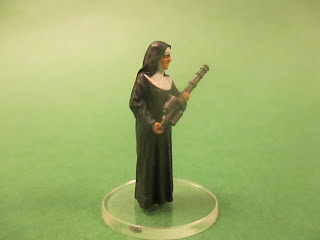 April has so far been extremely slow on the miniatures front. This is actually the first mini painted. I’ve been in a painting slump, but yesterday evening everything clicked and my brushes got a well-deserved work-out. I really don’t know why it’s been so slow after Gothcon, but that seem to be a thing of the past. Painting is so fun!
Posted by Joakim Ström at 10:34 10 comments: 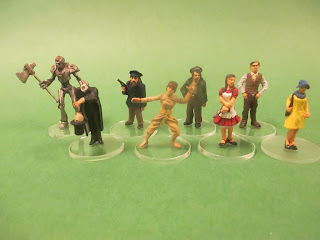 Not that many figures painted this month as I concentrated more on terrain, but that terrain will certainly see much use, so it was time well spent. 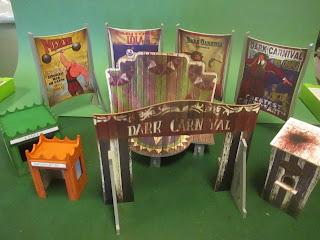 I had a game of SAGA v2 at the club, and (Damn you Ulf!) was instantly hooked. Then my fingers slipped… and I suddenly had a warband in the post. 44 added minis, I’m afraid, and that means that I have bought more figures this year than I have painted. Those sold make up for it, but it’s a less than ideal situation. 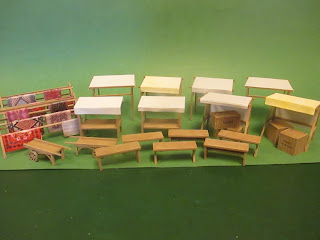 In April I will hopefully paint at least one unit of my SAGA Vikings, and as usual there will be a mix of other minis with a bunch of shacks and wagons for the carnival. 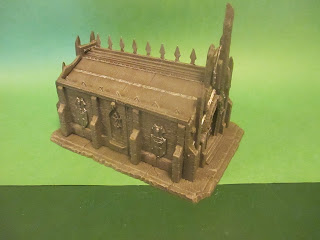 Sold or given away:
Sold a couple of games at Gothcon, one of which was a box of Mercs: Recon. That’s another 20 miniatures less in the mountain.
I don't think there will be many more 28mm figures sold this year, as I've gone through the hoard now. Next to get an inventory is my 20mm stuff.
Total: - 20