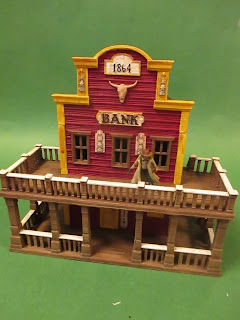 The files for this bank come from Printable Scenery and their Wild West range of buildings.

I’ve had it printed and half-painted for quite a while, and finally painted the final details. 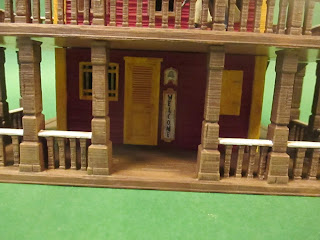 The building is in three parts that I printed with a layer height of .2 mm. Total print-time on my Prusa i3 Mk3 was around 36 hours and filament cost around €6. 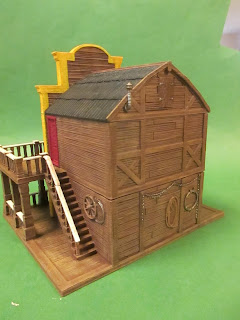 Now I have to get some suitable furniture. 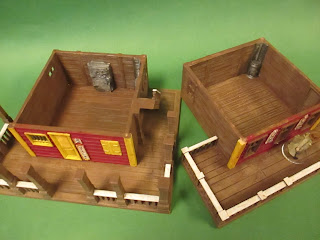 I’ve dusted off my 7TV rules, at last, and we (me, Koen, Thomas and my son David) had two games at the club the other week.
We used the Star Wars unofficial programme guide and had a great time. 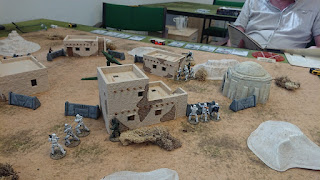 The game is made to emulate typical B-movies, and you shouldn’t be surprised when scenery (i.e. props) suddenly moves a bit, figures change place or a killed character suddenly is back (due to him/her being a favourite of the audience). Everything is possible and you should take it with a laugh, because that is really what the game is all about.
This week-end I had Laffe over for another game, this time it was the Scooby Doo gang (another unofficial supplement) against a bunch of cultist. We used the carnival scenery I used in a Pulp Alley-game a while back, which made it feel just like an episode of the original series.

Except in this episode the gang was more or less obliterated as the cultist took no prisoners (or at least didn’t keep them longer than it takes to say “human sacrifice”). Shaggy and Scooby survived, as the live audience had enough and axed the cast.
The game, a ‘battle’, was a bit uneven, as most of the Scooby-gang weren’t made for fighting, so we’ll have another go with another scenario, one more suited to their characters.
All in all, we had a blast. A great set of rules that will see much action in the future.