German motorcycles with sidecars, a 1/72 comparison 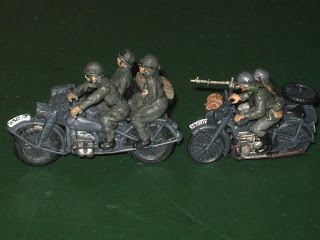 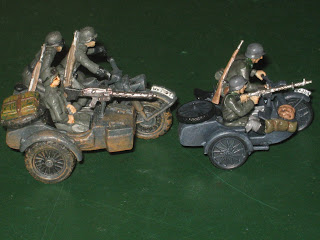 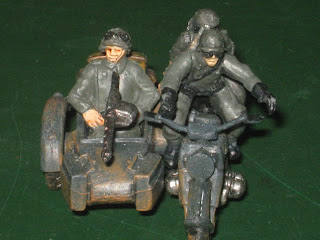 As you can see the Hät model is crude, huge and the figures are rather…apelike…. 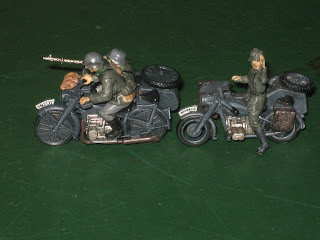 Zvezda vs Revell
The Revell model is smaller and less details than Zvezda.
The winner: Zvezda! No real competition here.
There is an Italeri-set that would be interesting as a comparison, but it’s not very high up on my to-buy list at the moment.
Posted by Joakim Ström at 19:47 No comments: 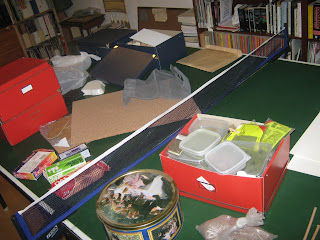 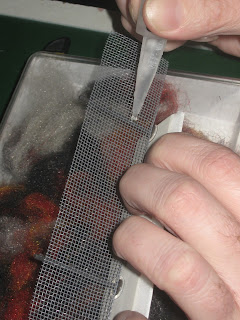 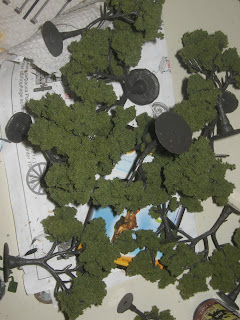 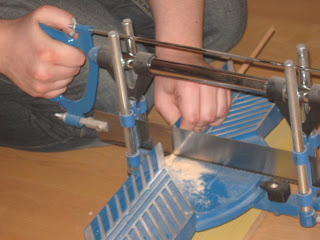 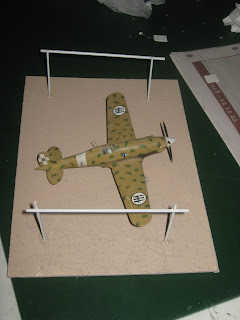 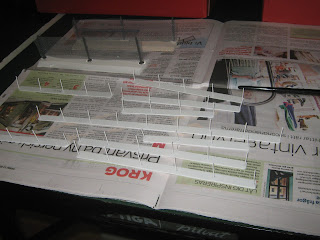 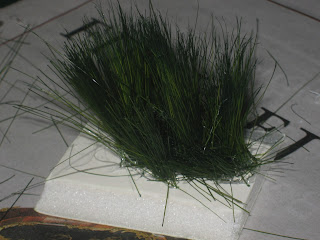 A totally failed attempt at a clump of high grasses.
We half-finished a lot of terrain, had some very good ideas and made some mistakes we (hopefully) learned from. We also had a nice chat about everything WWII, drank a lot of coffee and coke, ate potato crisps/chips and made a lot of plans. As a bonus two of my kids helped with this and that, and were quite happy about it. All in all a very nice afternoon.
We’ll try to do a follow up with better planning in the future, as this was very ad-hoc, meaning few of the gaming-gang could show up on such very short notice.
When I finish the respective pieces you’ll get a more in depth how-to post on each item (well, maybe not the clump of grasses)
Posted by Joakim Ström at 17:30 No comments:

Another very nice kit from Zvezdas’ Art of Tactic series.
The motorcycle is in four pieces and six parts for the sidecar. Nice and well detailed, but I had to hide a very visible gap with tarps (from Reiver Castings). 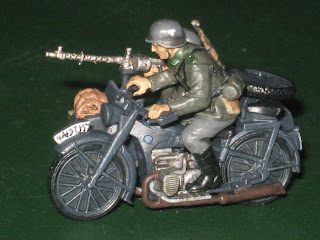 Forgot to finish the BMW logo. Done now and not a complete success. It is sooooo small.
I strongly suggest that you paint the motorcycle and the sidecar as separate pieces. Trust me, it’s fiddly to paint the assembled model… 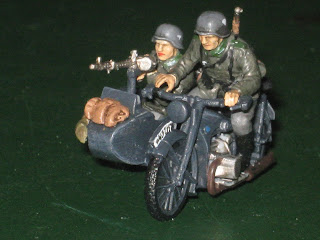 The driver comes in four pieces, and I found that the gaps where his arms connect to his body needed some green-stuff. The passenger is also 4 pieces, and comes integral with his MG. 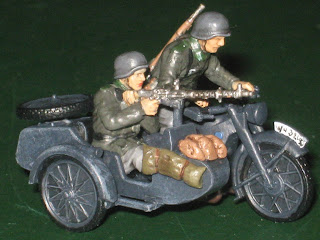 Forget about painting the logo on this side when the kit is assembled...
The number plates were written with a Staedtler pigment liner 0.05 pen. I've had the pen for ages, but this was the first time I've tried it, and the result is okay I think. I need some practise though.

As you can see it is a well detailed kit, and I’m very happy with it, but there are some things that could have been better.
Sidecar – the way the upper part of the carriage connects to the rest is less than ideal. Also the way the MG is attached to the sidecar is rather crude.
The wheels are… well…okay I guess. But they could have been better.
The chest of the figures are rather lacking detail. Can’t really figure out why. Seems to be a rather common with the Art of Tactic figures unfortunately.
They don’t wear goggles. Probably a bad idea in real life.

Coming up, a comparison of this model and the Hät/Armourfast set of motorcycles with sidecars.

Welcome follower Dan with his blog Gunners Wargaming where you will find 15mm to 1/35, ancients to WWII to fantasy to SF. A bit of this and that. Check it out.
Posted by Joakim Ström at 15:42 5 comments: