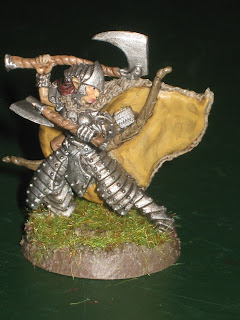 This figure, sculpted by Paul Muller, was two-part, with the second part obviously the left-hand hand-axe. That needed pinning, but it was easy. A good sculpt, if somewhat two-dimensional. The figure is used as a commander in the AD&D-based Chainmail skirmish game (RIP) from WotC.

I decided to paint him as a heavily armoured fighter instead of a ranger, that is, metal armour instead of leather. 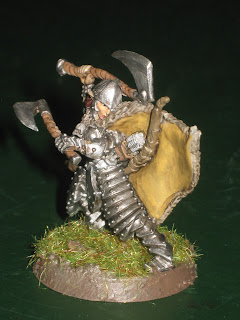 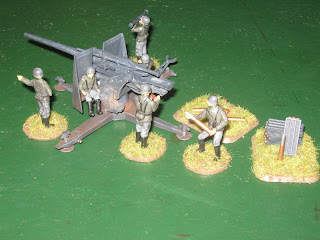 So here is the crew for the 88 mm I just built.
Really not very good figures, rather crude, especially the equipment. Anyway, they work on the table-top, and that is the crucial thing.
I liked the extra ammo-boxes and shells, they make for interesting details. 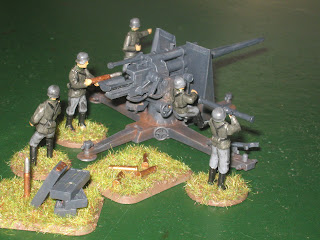 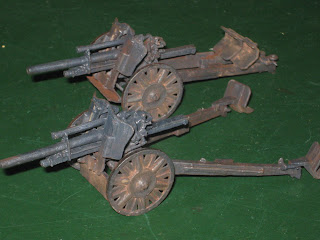 The kit “German Artillery WWII” is a real gem. It consists of two 105 mm leFH 18 (leichte Feldthaubitze), one in a towed position and the other in action, seven crewmembers standing (one of them is less good, I won’t use that one), a six-horse team with three riders, a limber with an additional four crew and one horse with rider. A total of two guns, one limber, seven horses and 15 men in one kit. I bought in on a sale for about €5, a phenomenal price. 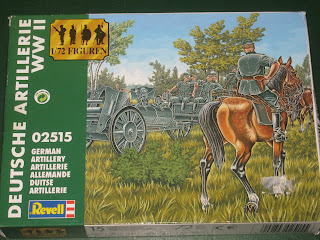 So this would seem to be a perfect set, and it would get highest possible grades… if only it had been in hard plastics. Now that is sadly not the case, instead we get a rather soft plastic. 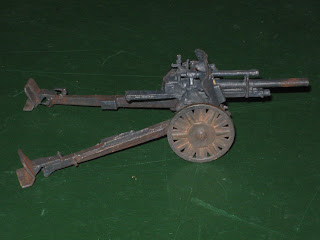 That gave me a lot of problems:
- Glue doesn’t stick, neither ordinary plastics glue, nor my Loctite superglue.
- Some of the tinier pegs broke when I cleaned the flash from them, meaning I had to drill holes and peg the parts with plastic rod. This happened with the peg fastening the gun to the carriage and also on the pegs joining the spades to the carriage.  A nuisance.
- As usual paint doesn’t stick… Partly solved with white glue but I still had problems with these large areas. I believe that I should spray paint over the glue in the future, to avoid smearing glue/paint. 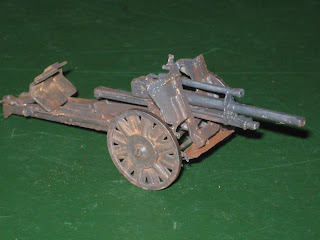 Anyway, the two guns are finished, they look OK and will serve well in future games. The crew is on the painting table, and the horses and limber moved back to the plastics mountain.
Posted by Joakim Ström at 19:41 2 comments: 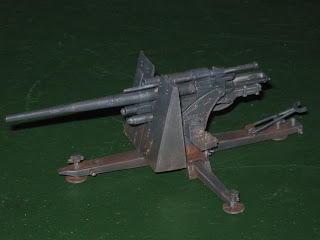 This kit has been in the “mountain” ever since I decided to re-start WWII, in 2007. It was time to do something about it, and you could always use an 88… I built this and a couple of other German guns at the same time. 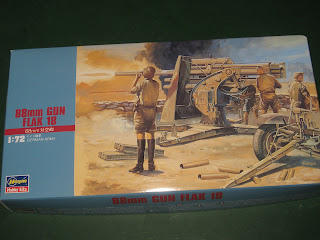 The cover of the box is somewhat misleading, as you think the crew would be in desert uniform, but it turns out they are very much in ordinary, early war, uniforms. More on those in a future post, as I’m not finished with them just yet. 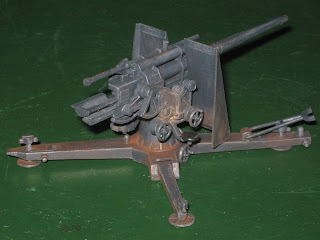 The kit comprises one gun, the boogies, six crew and some ammo-boxes and shells.
It’s an easy build, nothing very fiddly or unclear, yet well detailed. A good kit.
Paint is the usual Vallejo 995 German Grey, drybrushed with 992 Neutral Grey.
Weathered with a mix of Vallejo and MIG pigments, and they look more red in the pictures than they do in real life. 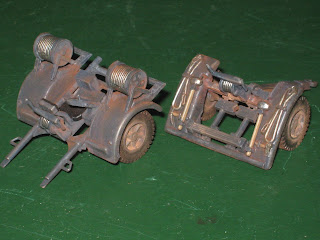 Book review – Into the Vally 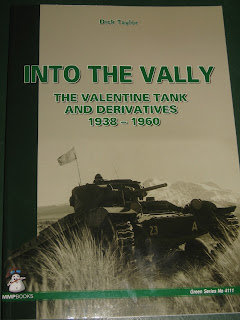 I’m primarily interested in early WWII, as frequent readers of this blog know. Lately I have read more and more about the British army and equipment. The tanks are fascinating, ugly and less than perfect, can you not love them?
Into the Vally is a book about one tank, the Valentine. 192 pages of Valentine. If you have no, or very limited, interest in that tank this is obviously not the book for you. But if you are fascinated with the British army, really like details and have any unanswered questions on this tank, then this is a book for you. It is also filled with photos.
There are chapters on:
- Design, development and production: The Valentine was a private venture, and we get details on how it came about, very detailed production figures and info on the variants produced in Canada.
- Technical description: descriptions, illustrations, drawings, layouts and detailed photos of just about everything on the tank.
- Description of gun tank marks: Everything you would need to know about the different marks of the Valentine.
- Operational use: Which units used it, where and when, and some action reports.
- Painting and markings: Colour plates etc.
- Overseas service: The Valentine was used in by Canada, USSR, New Zealand, Egypt, India, Jordan, Lebanon, South Africa, Portugal and Turkey. If you’re interested in marks, what they were used for, when and what they were bought for, you wil probably find an answer in this section.
- Variants: Bridgelayers, mine flayers, duplex drive (amphibious), Bishop (self propelled artillery), Archer (self propelled anti-tank gun) and some other variants.
- Walkaround: Detailed photos of existing tanks.
- Conclusions: Just that
- Reference list: If you’re not satisfied with what you got, you have every chance so delve deeper.
- Colour plates: Good if you want inspiration for painting your next model.

All in all a wonderful book if you’re into details and have any interest in the Valentine. For you it is a rating of five out of five.
If details and/or Valentine is not your cup of tea, then you might skip it. But I think you might enjoy it anyway, so try to convince a friend to buy it and then borrow it. You might be pleasantly surprised.