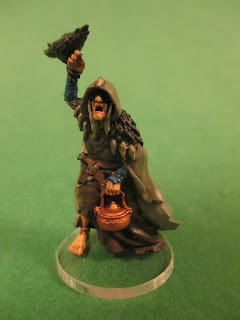 This witch comes from the Mystics of Midgard expansion for the Blood Rage boardgame and is part of the Blood Rage kickstarter I received a while ago. In the pack you find two identical mystics for five clans and this one is just perfect as a witch for Frostgrave. She is really great as a witch for whatever fantasy-themed game you play, actually. 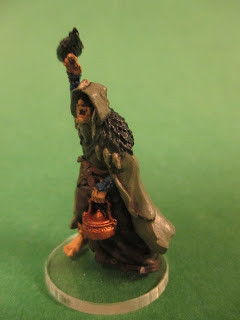 I changed her integral base to a clear one from Sally 4th. 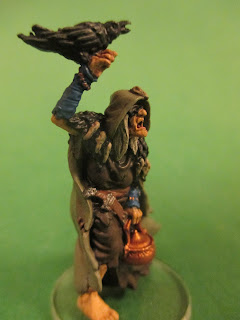 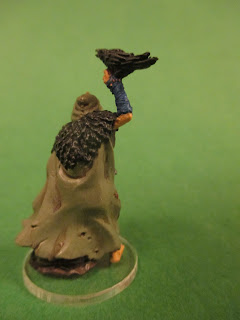 Welcome new follower Lee Brady with Harold’s Revenge that is all about Oldhammer, SAGA, Frostgrave, miniatures, museums, dioramas and other great stuff. Give it a look, it is well worth the time.
Posted by Joakim Ström at 11:51 11 comments: 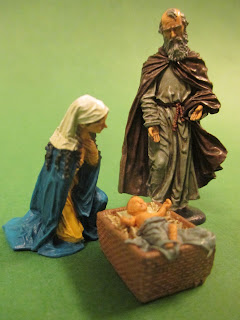 So what on earth is this? Has the old atheist turned religious lately?
Fear not, I’m still very much an atheist but this time of year is the time to make people around you happy.
My wife's got relatives that have a rather nice nativity scene diorama big enough to stand in a bookshelf and she really likes it. Let’s just say I stayed rather luke-warm to the whole idea of having one of our own. 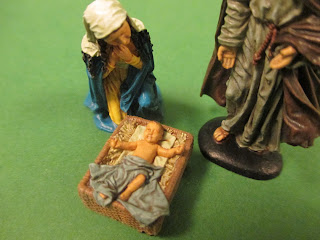 But… I do like the sculptor Tom Meier and the figures he makes. At his web-shop, Thunderbolt Mountain, he’s got a lot of great minis and among these a nativity set in 54mm scale. I’ve been looking at it for a couple of years and last year about this time I decided to go for it.
If we're going to have a nativity scene diorama at home I would at least make it myself. 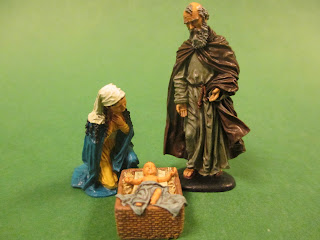 So, here they are. The first installment in the nativity scene - three not totally unknown people that caused quite a stir. My wife got these as a julklapp (Christmas gift) yesterday (yes, we celebrate Jul on the 24th) and she was very happy with it.
I’ll work more with this to get a decent diorama with a stable of some sort, animals, shepherds etc. I think I have presents for a couple of years at least :-) 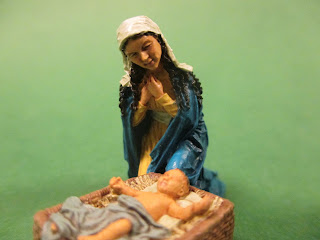 God Jul everyone!
Posted by Joakim Ström at 09:58 8 comments: 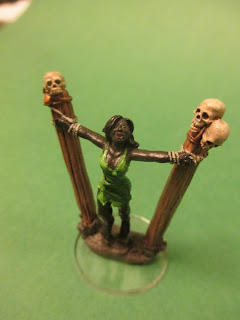 Another captive for the Perilous Island campaign. She will see action as either a native maiden or as Princess Monukii in the next Blood Sacrifice game (and she will hopefully not go the same way as Lady Elaine…)
Anyway, she is from Pulp Figures and is sculpted by Bob Murch. A great figure and a must for a serious pulp gamer J 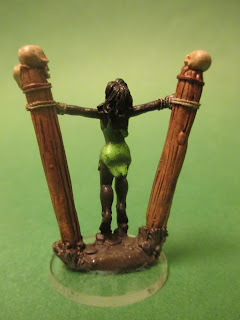 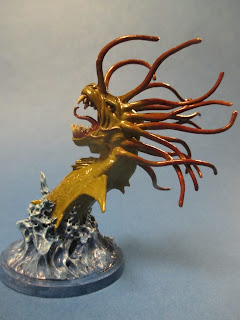 I backed the Blood Rage kickstarter earlier this year and I got the loot in in October. The first miniature is painted now - the sea serpent. It will obviously be used in the game when we start playing, but it could also see use in both fantasy and pulp settings. A great mini. 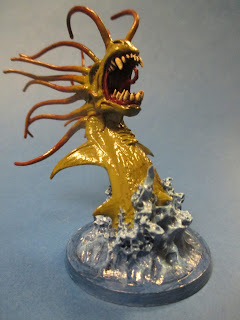 It’s made in a grey rather hard plastic that is easy to clean from the very faint mold lines. 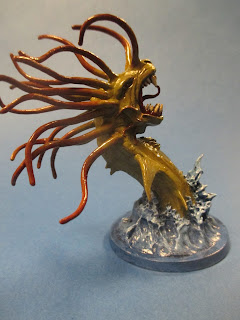 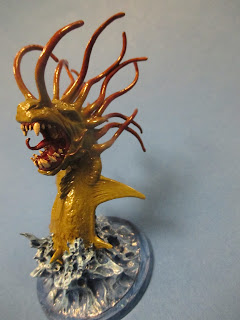 Everything got a coat of gloss varnish and is ready for the table. 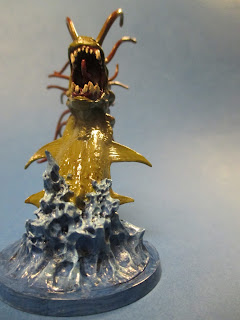 First stop will probably be in our Pulp Alley campaign on Perilous Island.
Posted by Joakim Ström at 11:49 13 comments:

It started as a quiet night in the jungle. No zombies, no Lagoon Terror, just tranquillity. In one of the camps (I point my fingers at you, Phrenologists) Lady Elaine slept fitfully. She had had a nice evening discussing skull circumference with Herr Doktor Kopfgelände and was rather taken out by all the schnapps.
His loyal followers (the PhD students) were on guard duty and while they were loyal they were really lousy guards as no-one noticed the savages creeping into camp. They had seen the lovely brown tresses of Lady Elaine and they knew the cravings of…
The Great Gonga!
(They also understood that Sister Sigrid would make a really lousy sacrifice and that the only other fair lady on the island (i.e. Soura Innocenza) was to tough a nut to crack)
When Herr Doktor came to rouse Lady Darrow with some cloyingly sweet sect as breakfast (exceedingly bad taste as you can’t get it could enough in the jungle) all he could find was a tent in disorder and a small bone totem of a monster of unspeakable horror.
With blood turned ice-cold he realised that Lady Elaine was abducted and that her only hope lay in him rescuing her.
With a sigh he threw the sect into the jungle and went to have a proper breakfast – a couple of beers. She did have some rather strange concepts about human rights after all so it was no real loss. Let the savages have their little fun.
Little did he know that one of the students is a devout Catholic and little did he notice that the trip to find some mango for Herr Doktor took said student to the camp of our heroes.
Monsignore Cadaverico took an immediate decision to save the fair Lady and set up an expedition. Within an hour he and his trusted companions were following the faint trails of the savages. Deeper and deeper into the inhospitable jungle they went. In the distance drums were beaten in frantic rhythms.
There, in front of the small party of heroes, a witch-doctor drags Lady Elaine into a depression. Her cries of protest unheeded. Somewhere far away a terrible roar. Time is short. Time to take action is now.
But wait. What’s that? The other leagues. They have followed us! The cowards have followed the true leaders of the island to sabotage and scavenge. Well, let’s hope they don’t destroy our chances to save the fair Lady.


All the other leagues watch with fascination as The Great Gonga start to munch on his sacrifice. After a very short while they realise that a great monster might have an even greater appetite and they all slink away into the jungle and back to their camps. All the leagues have one plot point each and deem themselves rather lucky. Considering…
Monsignore comes to while the monster feasts on Lady Darrow and he and his team crawls away from the carnage and limp back to their camp.
Soura Innocenza mutters “Why didn’t it eat me instead? I’m a maiden and she couldn’t possibly be, the slut. It was my right to be eaten. Why?”


No-one tries to argue with her. Everyone keeps their distance….

Now that was a really fun game. I sure didn't get any plot points but it was a great way to lose. You really should try Pulp Alley if you haven't already. It such great fun. Even in humiliating defeat :-)

And while you’re at it you might like to visit Gunnar’s blog Hook Island Gaming and read a not completely truthful account of the fracas, seen from a cultist point of view.

Welcome follower Iron Cross Miniatures, I haven’t found a blog but if you have then put a link in the comments field below and I’ll link to it.
Posted by Joakim Ström at 13:39 22 comments: