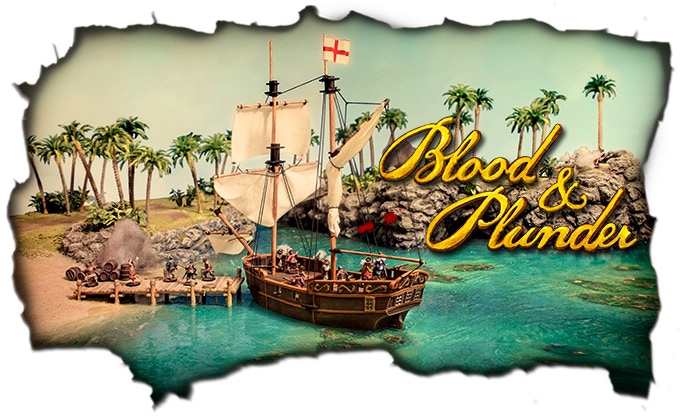 Pirates – what’s not to like (when we’re talking miniatures and games, that is)? 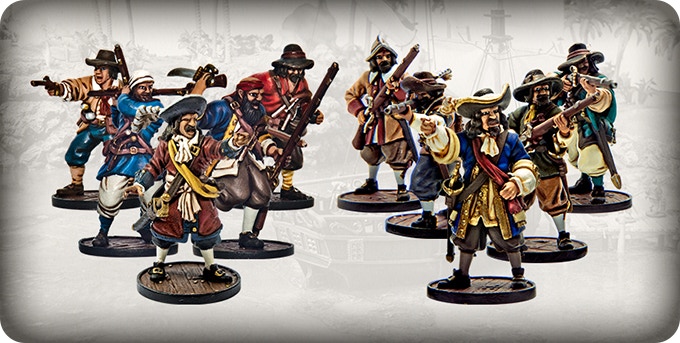 The Blood & Plunder kickstarter is all about classical pirates doing their thing in the Caribbean. You will see British buccaneers and militia battling Spanish Guarda Costa and militia on ships and/or land. Yes, on ships, which there are several variants available. 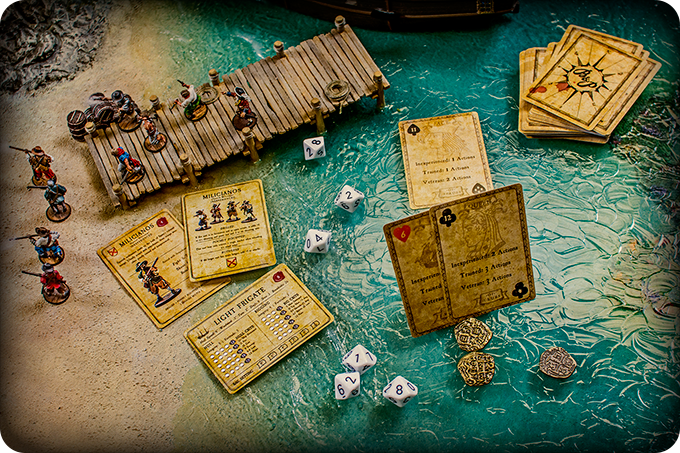 The rules for this 17th century, 28mm skirmish (13 to 50 models) game cover both land, naval and amphibious combat and that is what makes it so interesting, in my opinion. You can have your ships shoot it out and then have some boarding action. 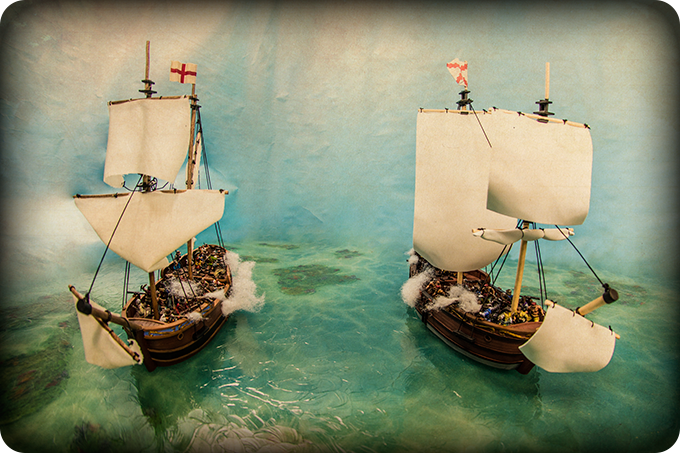 I’m very tempted, but… another period…. Aaargh!
Anyway, I already have a pirate ship, so I’m halfway there already… 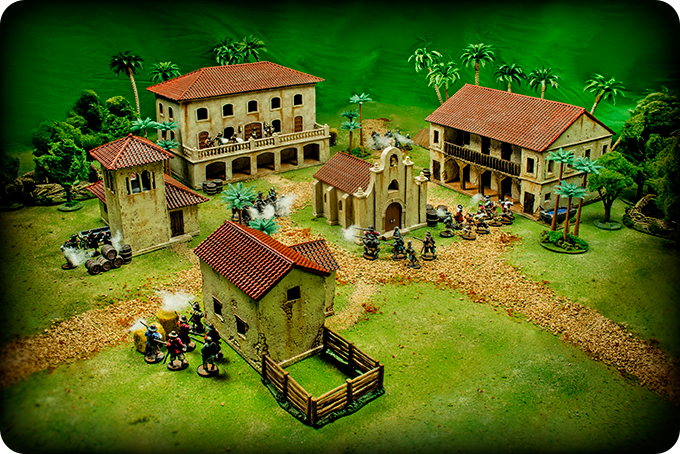 Check it out if pirates are your thing. (You know they are...)

There are a lot of intereresting kickstarters out there at the moment. Expect to find out about some of them here.


All photos and illustrations © Firelock Games and used with permission.
Posted by Joakim Ström at 10:34 10 comments:

We are nearing the final adventures of the campaign, but before we enter the Forbidden City there was another call for heroes, as a princess had been abducted. As we feared, another evil witch-doctor had her in his clutches and intended to sacrifice her to Great Gonga’s Little Sister.
Monsignore still shudders at the memories of the fight with the Great Gonga, but a little sister couldn’t possibly be as bad, and he takes courage in his faith and sallies forth. To glory and the eternal friendship of the local savages!
Crap, the CSSS is not alone in their want for glory.
Let the fight begin.
We were fortunate as the Cult of Ra was off on another part of the island, probably sacrificing virgins or some such nonsense.
It is time to meet
Great Gonga’s Little Sister
-
Gongette


With that the game is over and everyone legs it. Everyone except the princess...
Another fun game of Pulp Alley and we had no losses to the big monster. That's a first...
Every league got one Plot Point, very fair that, and next adventure will take us to, and hopfully through, the gates of the Forbidden City.
Posted by Joakim Ström at 11:22 14 comments:

Thomas, my son David and I had another game of Frostgrave last week. We actually had one the week before but that game lacked sufficient cover and became an archer and crossbow extravaganza where they, and the spell Bone Dart, totally dominated the game. We learned our lesson and though we filled this table with buildings and stuff (some of mine and the rest from the vaults of Little Wars gaming club (you should really join if you live close by)) there were still too many killing lanes (We'll skip the roads next game). Well, we’re slowly getting there and I’m slowly buying and building more and more terrain J.

That was a great game!
It’s the first time we have used a plethora of spells to good effect and that showed how powerful your wizards can be. I think we altogether cast one offensive spell (maybe two) during the game and the rest were defensive or supporting, and it really worked well.
Great fun and there will be more games to come.
Posted by Joakim Ström at 12:02 12 comments: