I visited Uppsala, a town north of Stockholm this Saturday. My two oldest kids were on a live roleplaying event for kids outside Uppsala and I had the day off. After a visit to the local gaming shops I went to Gamla Uppsala, or Old Uppsala, a religious and political center of old. I took a stroll around the burial mounds and then went to Disagården, a village made of buildings from the 16thth to 19th century. 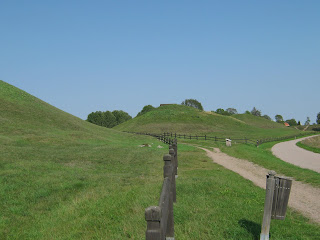 Burial mounds from the 6th century


The buildings in this fabulous outdoors museum comes from the surroundings of Uppsala and was collected and moved to this place in the thirties. Now it is portrayed as three farms of a village.
From a gamers’ perspective the visit gave me a lot of inspiration for future scratch-building of both historical and fantasy-buildings and equipment. 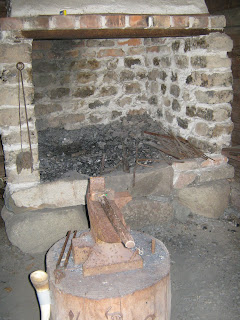 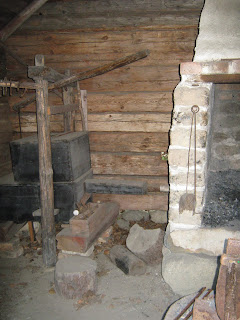 First the smithy (22 on the map), built in the latter part of the 19th century. Due to the danger of fire it was situated well away from the main buildings. I didn’t get a picture of the exterior unfortunately, but interior shots. 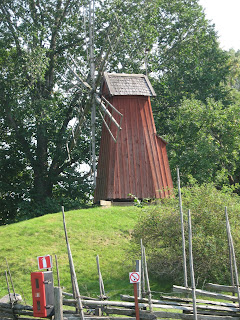 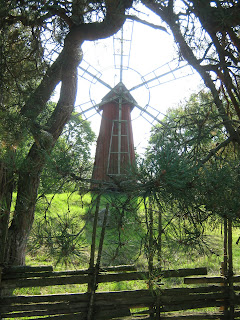 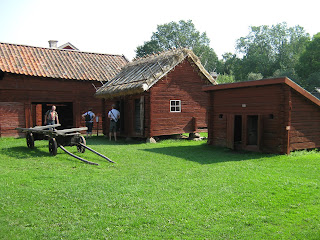 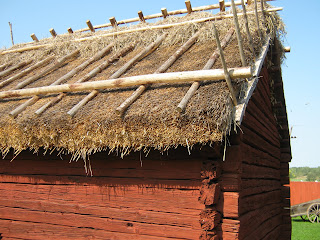 Close-up of the reed roof. 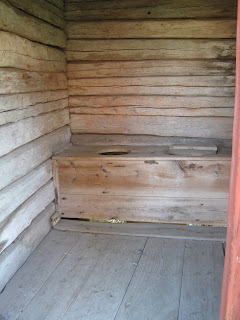 And the loo
To be continued.
Posted by Joakim Ström at 23:01