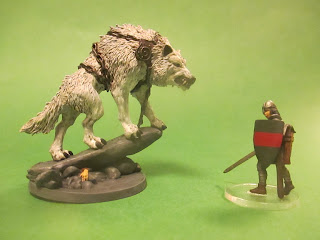 Blood Rage is the next game I will paint figures for, and it’s really fun as the minis are just fantastic, the game’s got a great theme (who doesn’t like Ragnarök?) and it is without a doubt one of the best board-games I got. 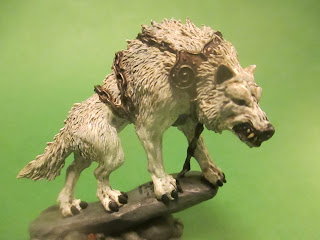 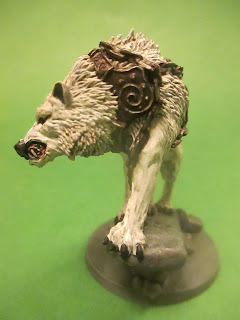 I’ve already painted quite a few minis, but now I’m concentrating on finish everything for that game.

First of the new batch is Fenrir, one of the mythological monsters that you can recruit to your clan. 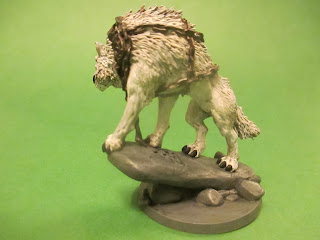 A huge miniature that turned out real well. 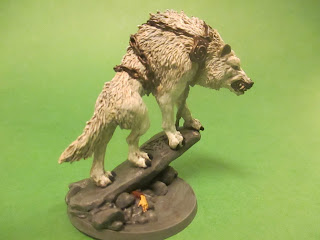 I painted two other wolves, both from the Reaper Bones range, while I was in wolf-mode. One is large, a worg or dire-wolf, while the other is two-headed. 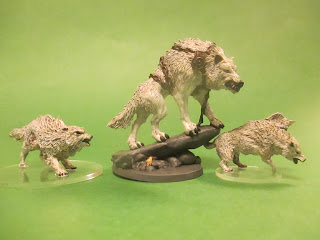 The sculpts are okay, but really nothing more, and the two-headed one needed green-stuffing as there was a rather prominent gap where one of the heads were pre-glued to the rest of the body. 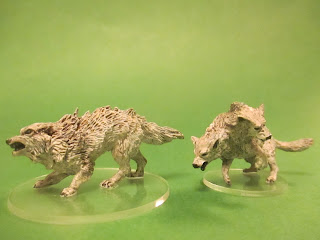 These two will join my expanding pack of wolf-kin.
Posted by Joakim Ström at 10:30