Pulp Alley on the Tibetan Plateau – an AAR

Here’s a short AAR from the Pulp Alley game we played at the club this Saturday. Unfortunately my camera decided to commit a slow hara-kiri (RIP) just that day so the pics are of a less than optimal quality (those that had any quality at all, that is). Lost a bit of the action, I’m afraid.
We were a lot of newcomers to the game (me included as this was my first game. I have read the rules, though, and like them a lot) and a few veterans. Three leagues (teams) were pre-made and we had two players per team and one umpire. 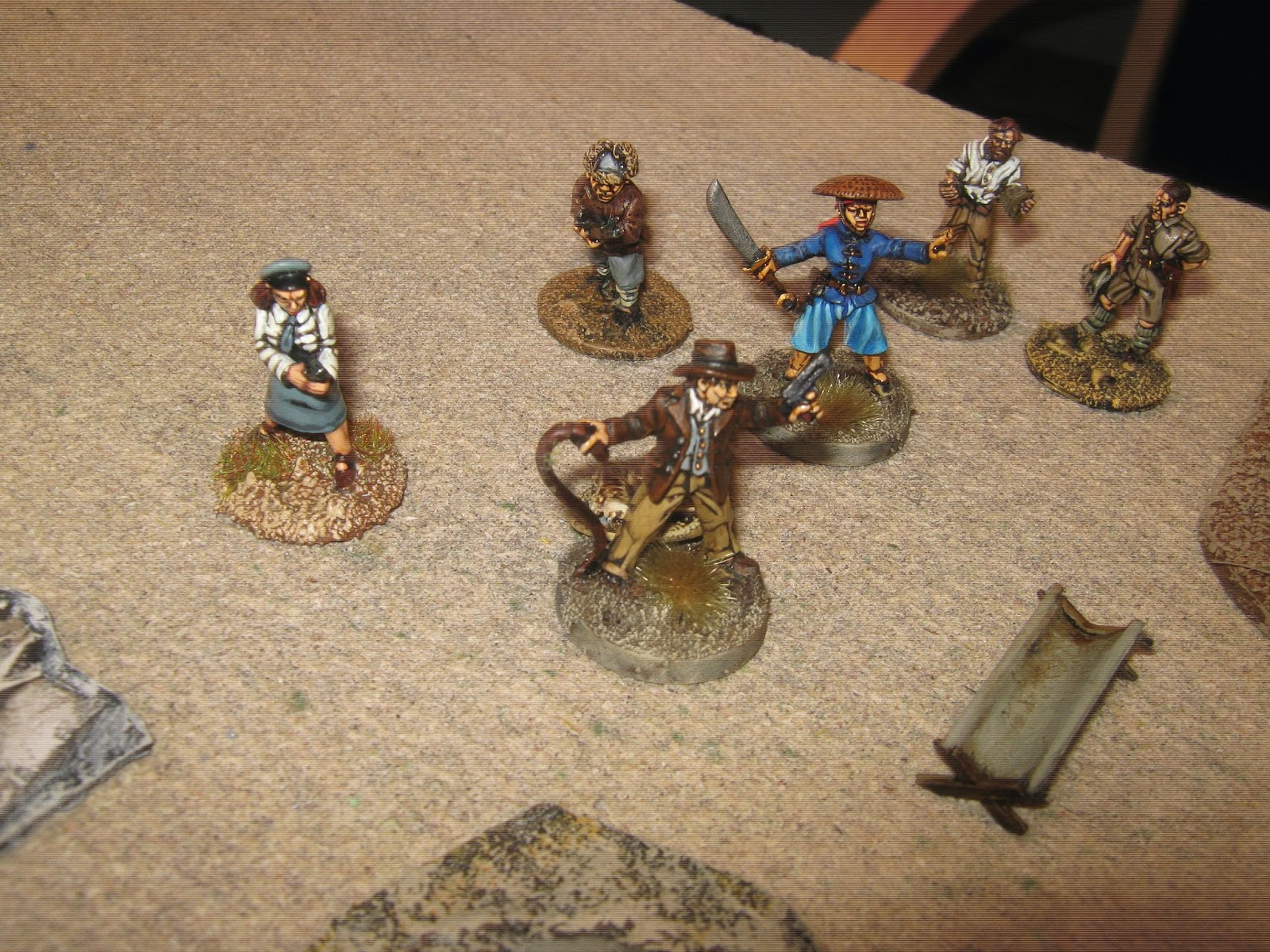 The good side – the Archaeologists – led by Montana Smith. Also starring Marion Deadwood and some cannon fodder. 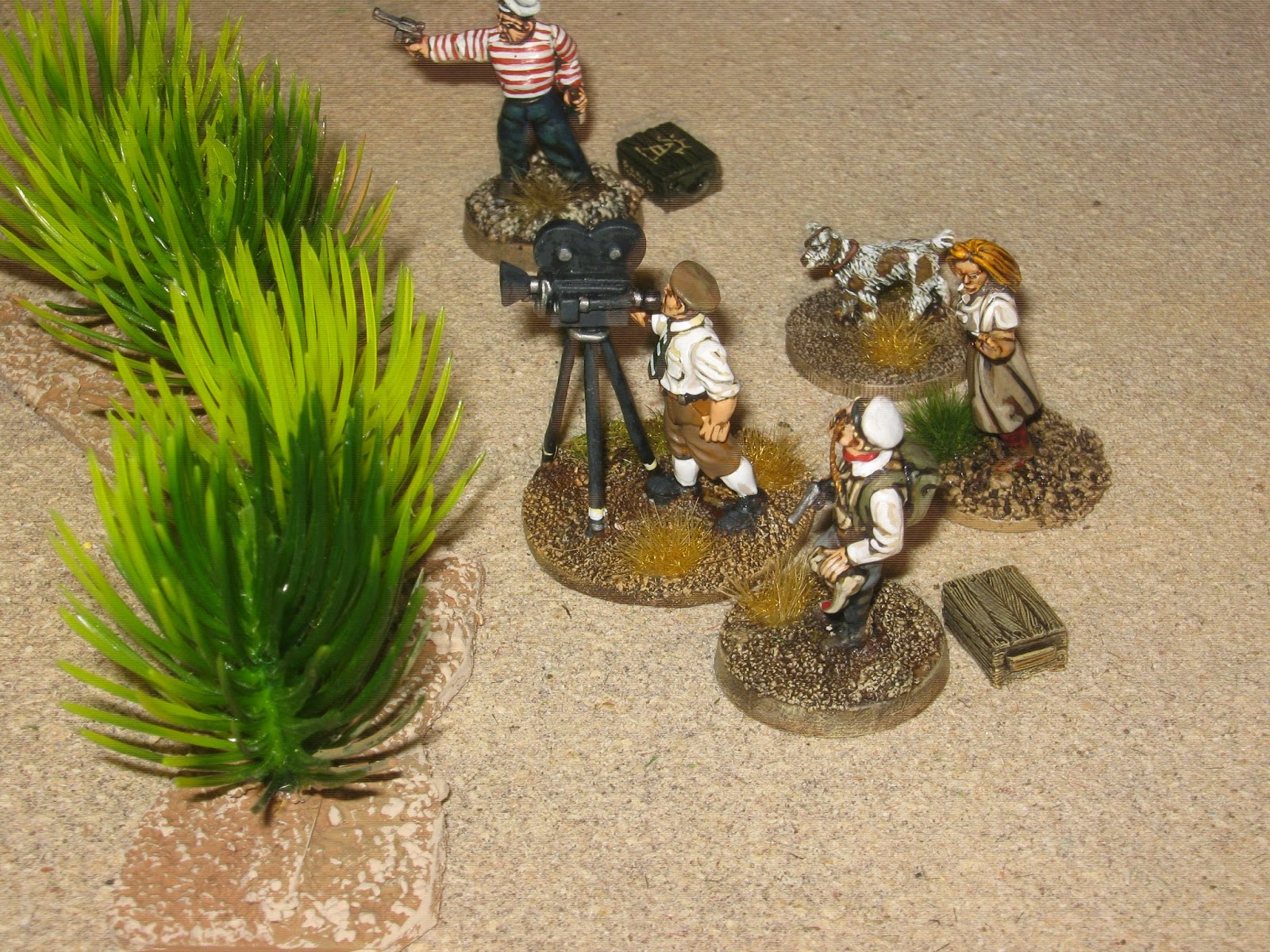 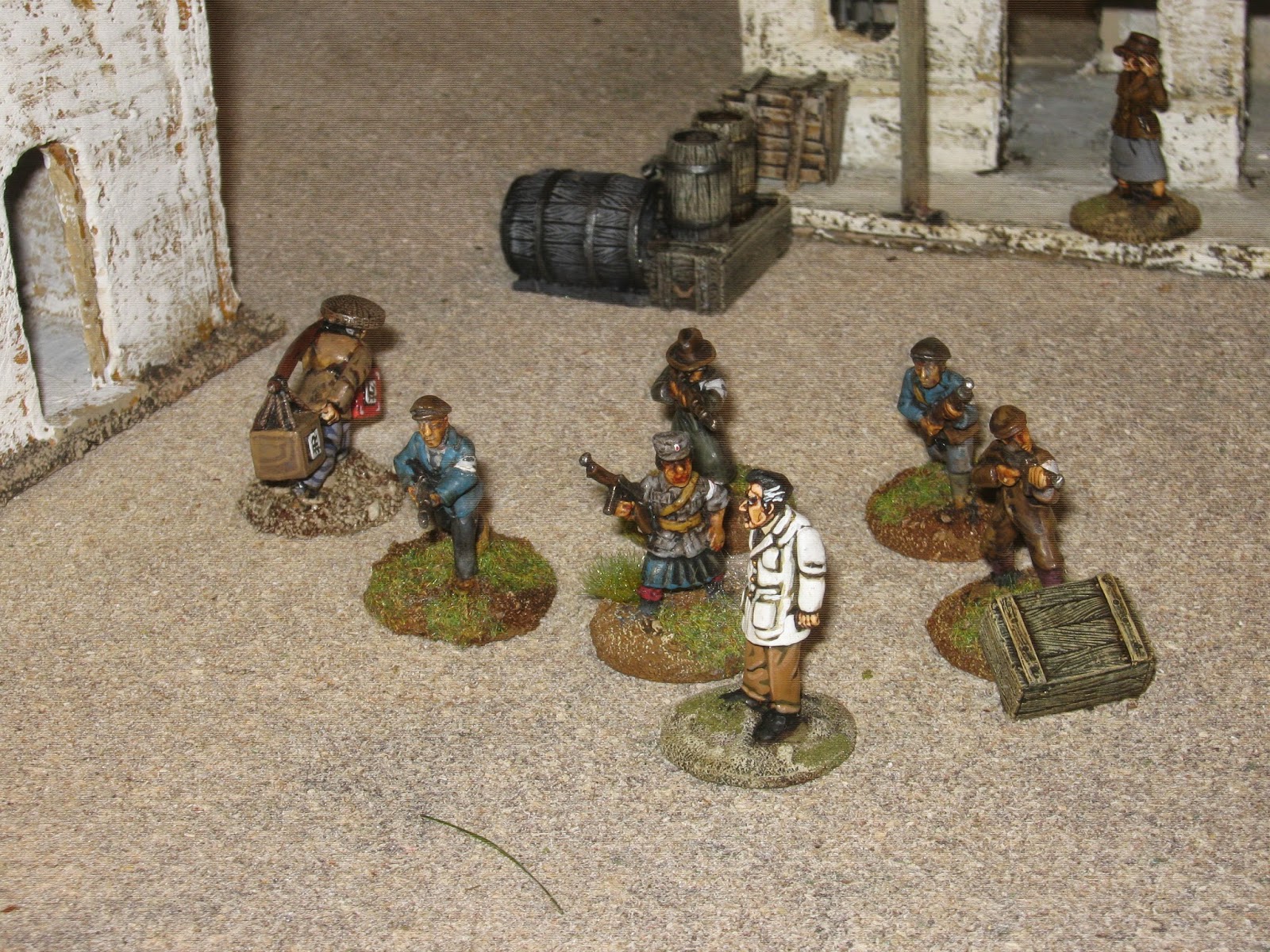 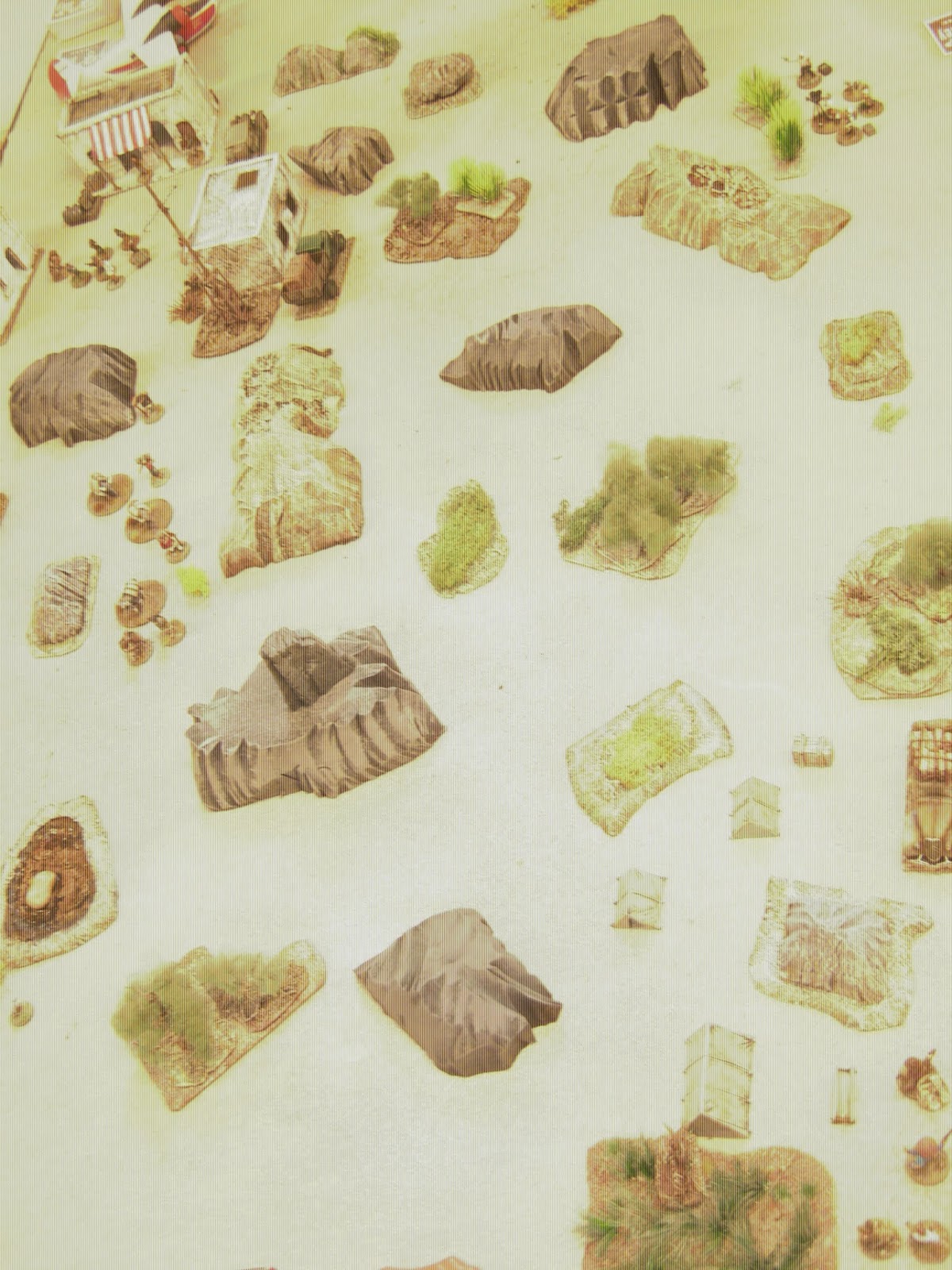 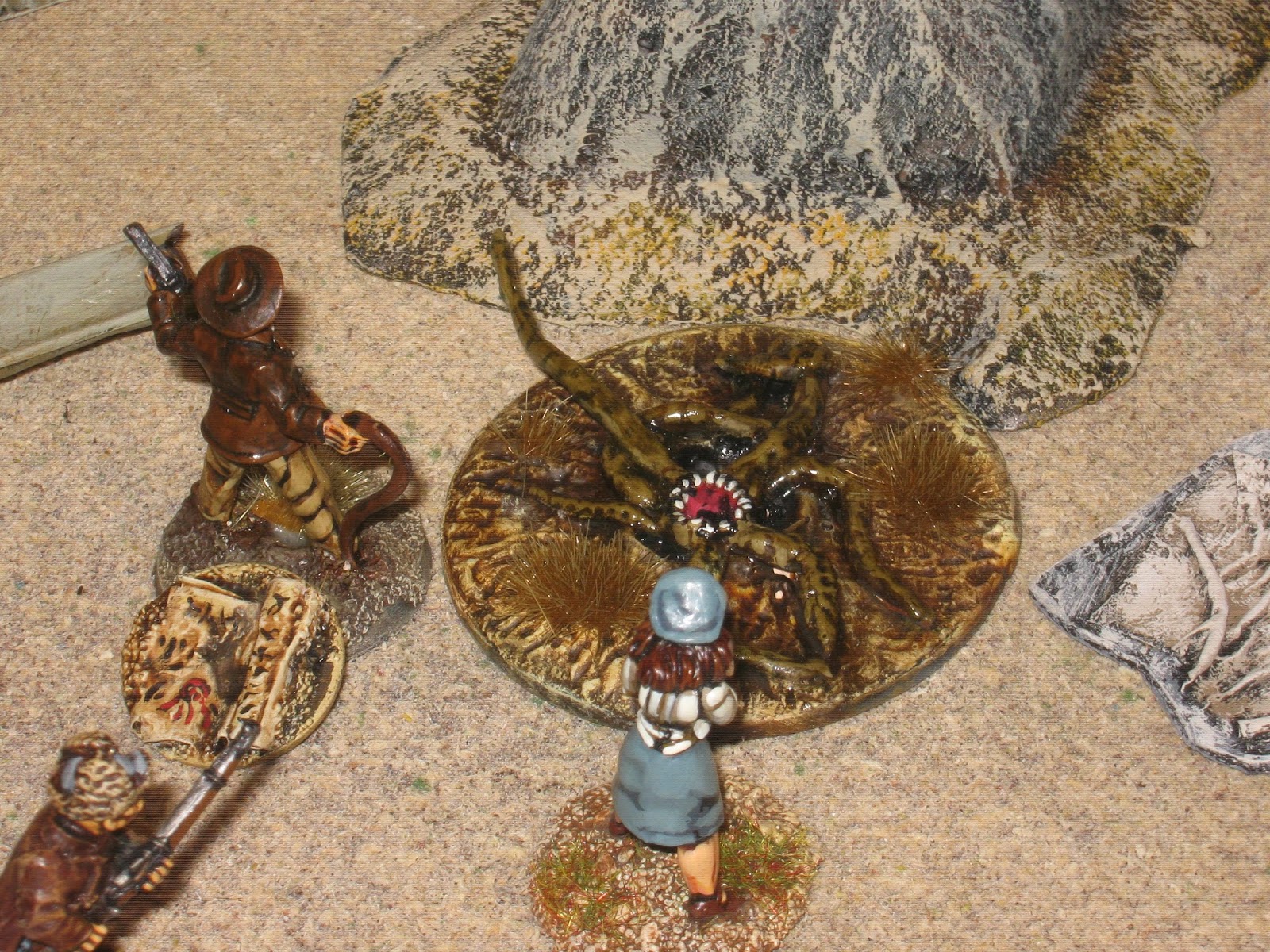 We got the major plot point (an ancient document) due to the fact that we were Good (or, it might have been a lucky die-roll). Unfortunately a loathsome monster burst through the ground to try to protect the elder scroll. Montana Smith, being a true hero, quickly disposed it. 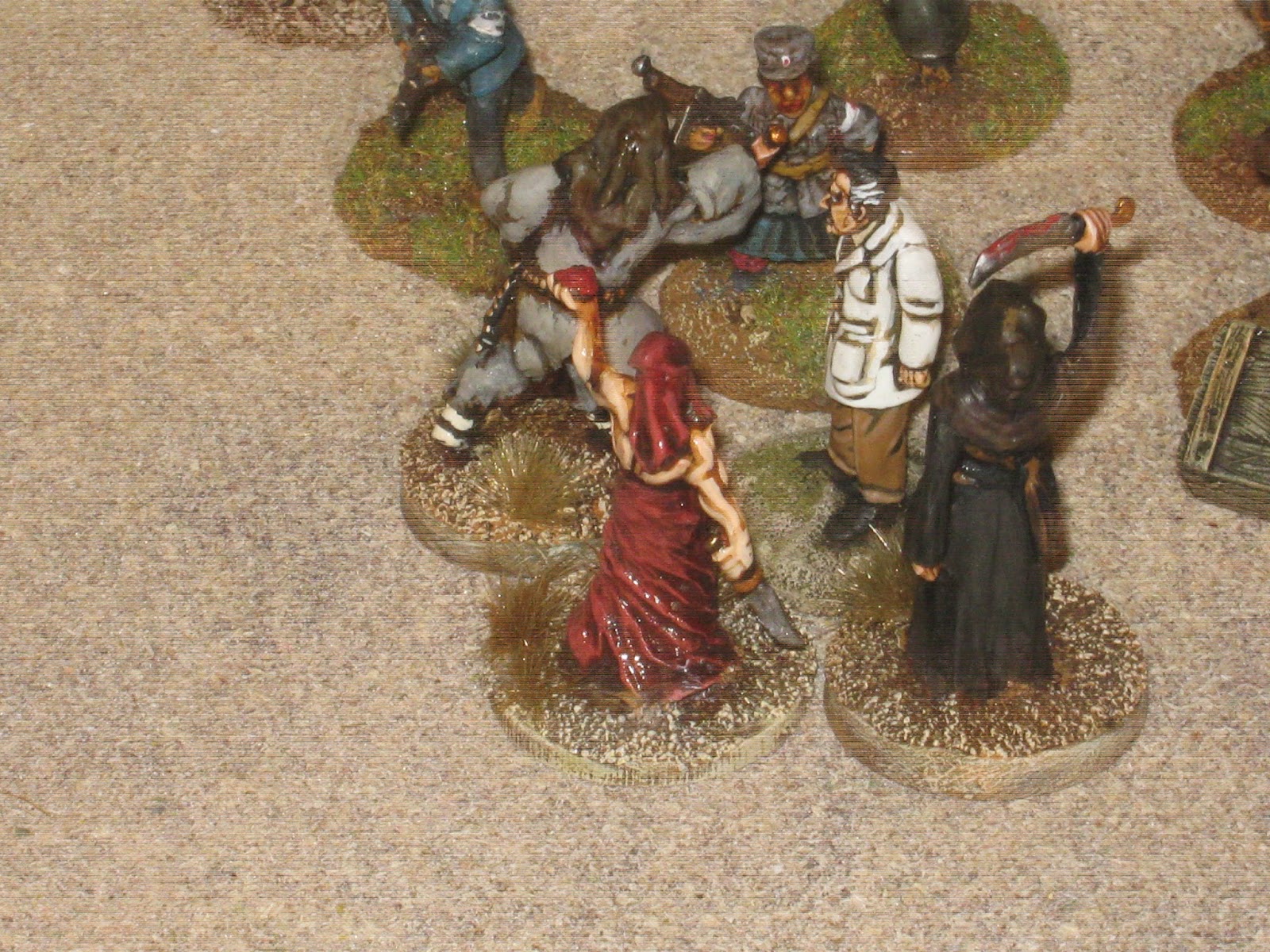 The evil Nazis got two minor plot points, an unconscious scientist and a generator (or something similar, I don’t remember exactly). They got jumped by three crazed cultists not wanting to part with their ill-gained treasures. Unfortunately for them they had to part with their own lives and heads as the phrenologists wanted them for measurements. 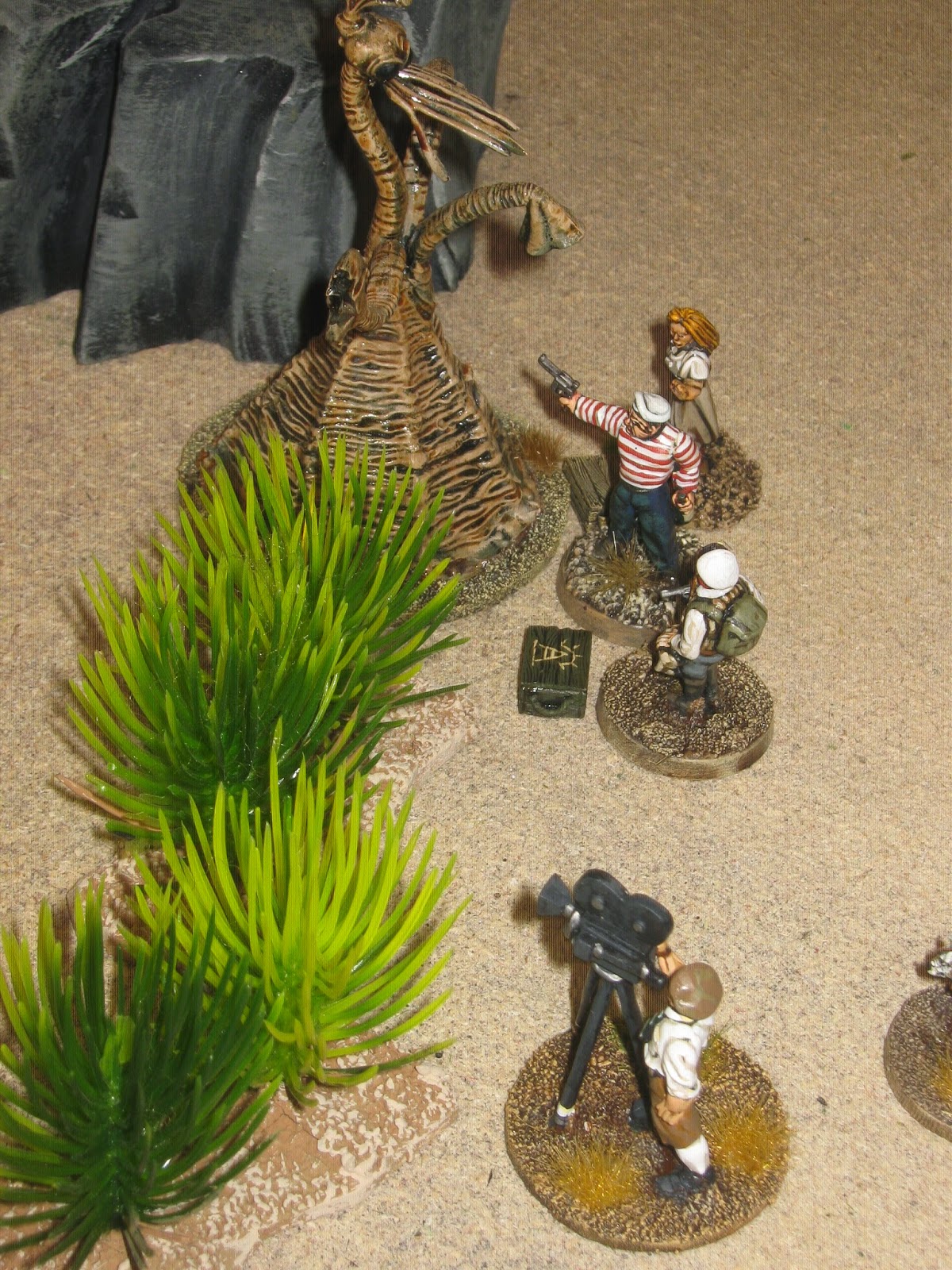 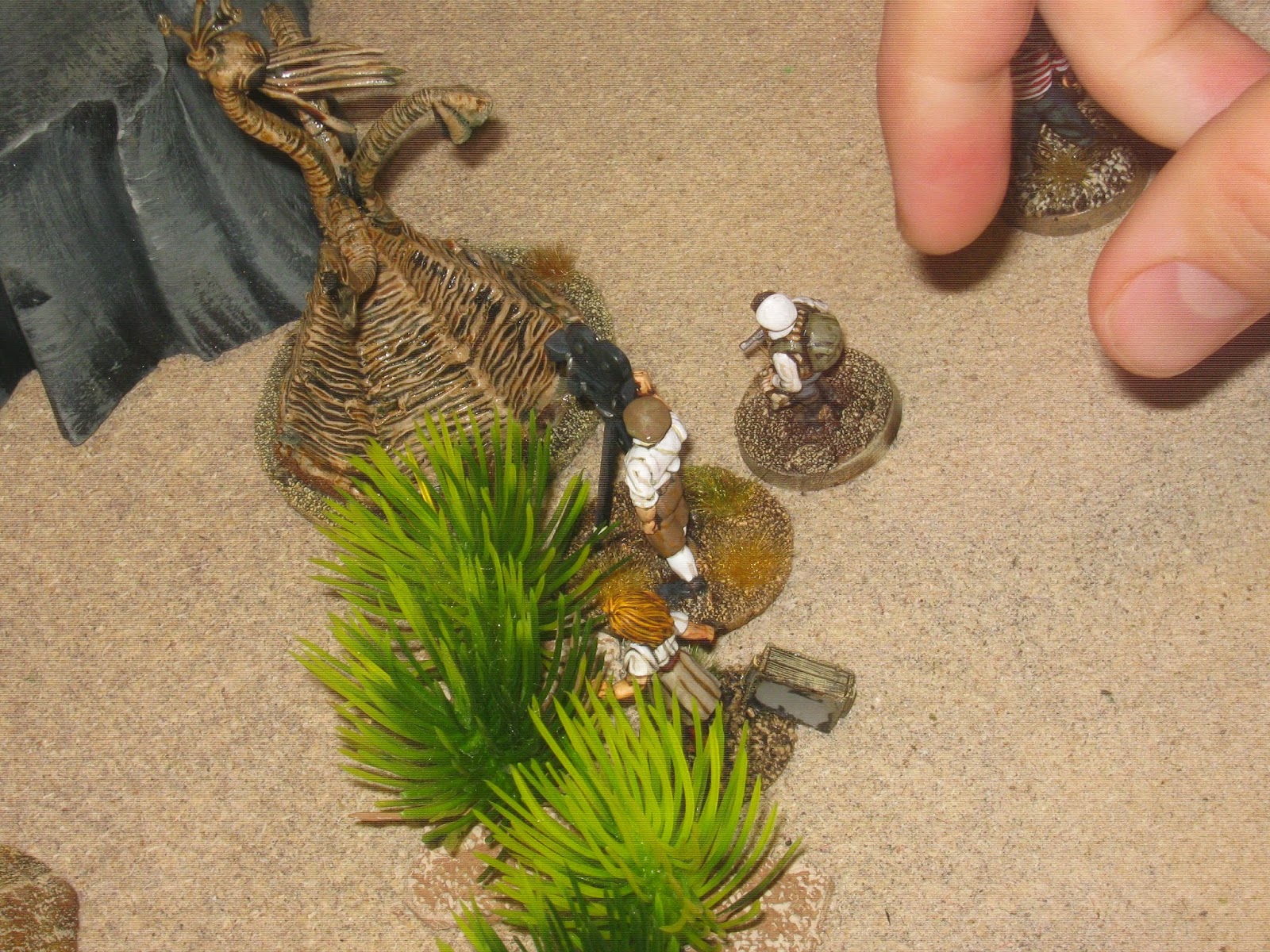 The Norwegians found two boxes (minor plot points) and a Yith found them (it’s a not-too-nice Cthulhu monster, this one produced by RAFM). 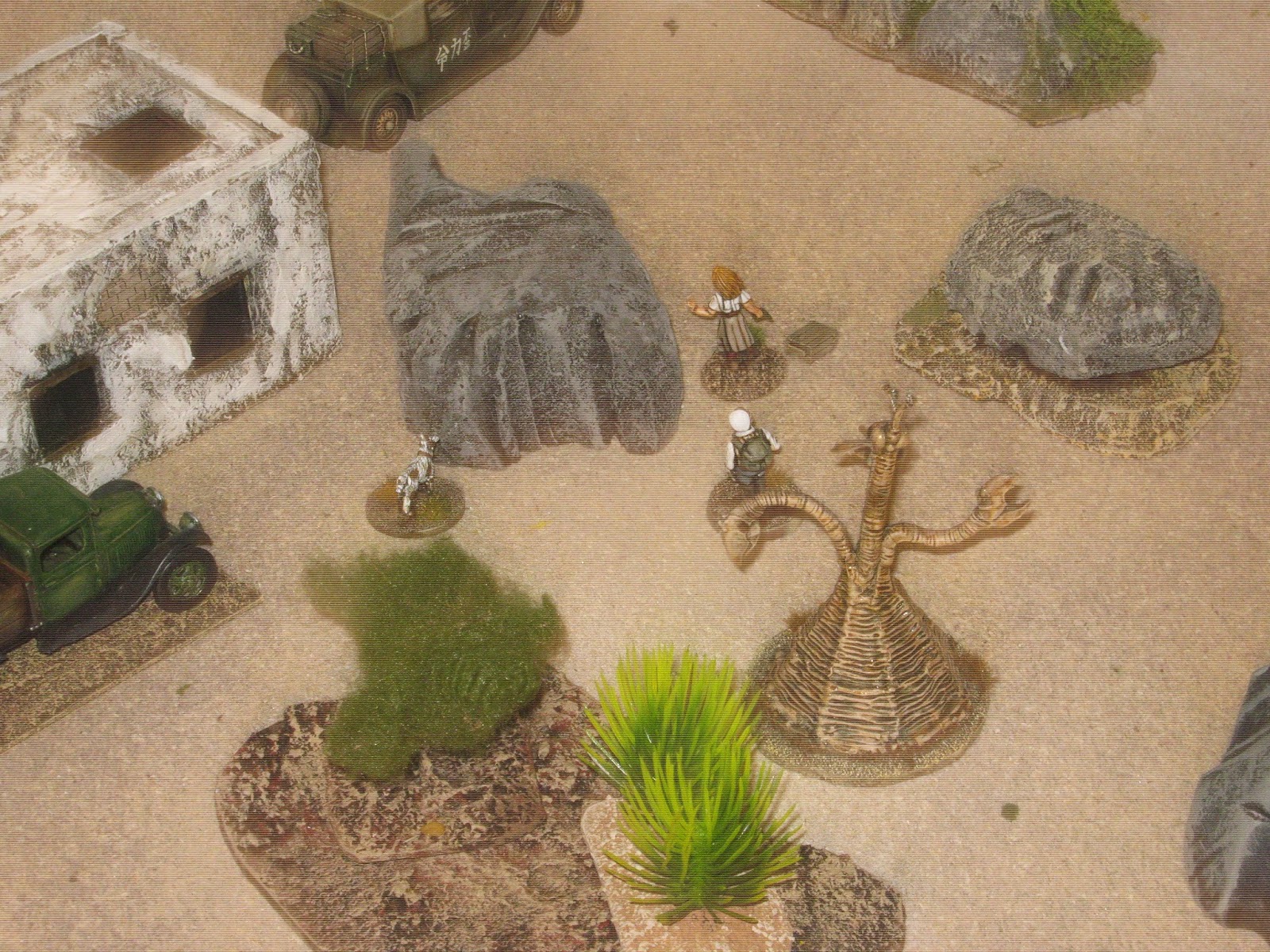 That was one monster that didn’t intend to die and it followed heroes/villains the whole game and made life generally miserable.
(The camera went steadily down-hill from here. Just a couple useful pics left)
From here on all leagues did their best to cross the table and take pot-shots at each other. Some sabotage (in the form of challenges played by other characters) were committed. 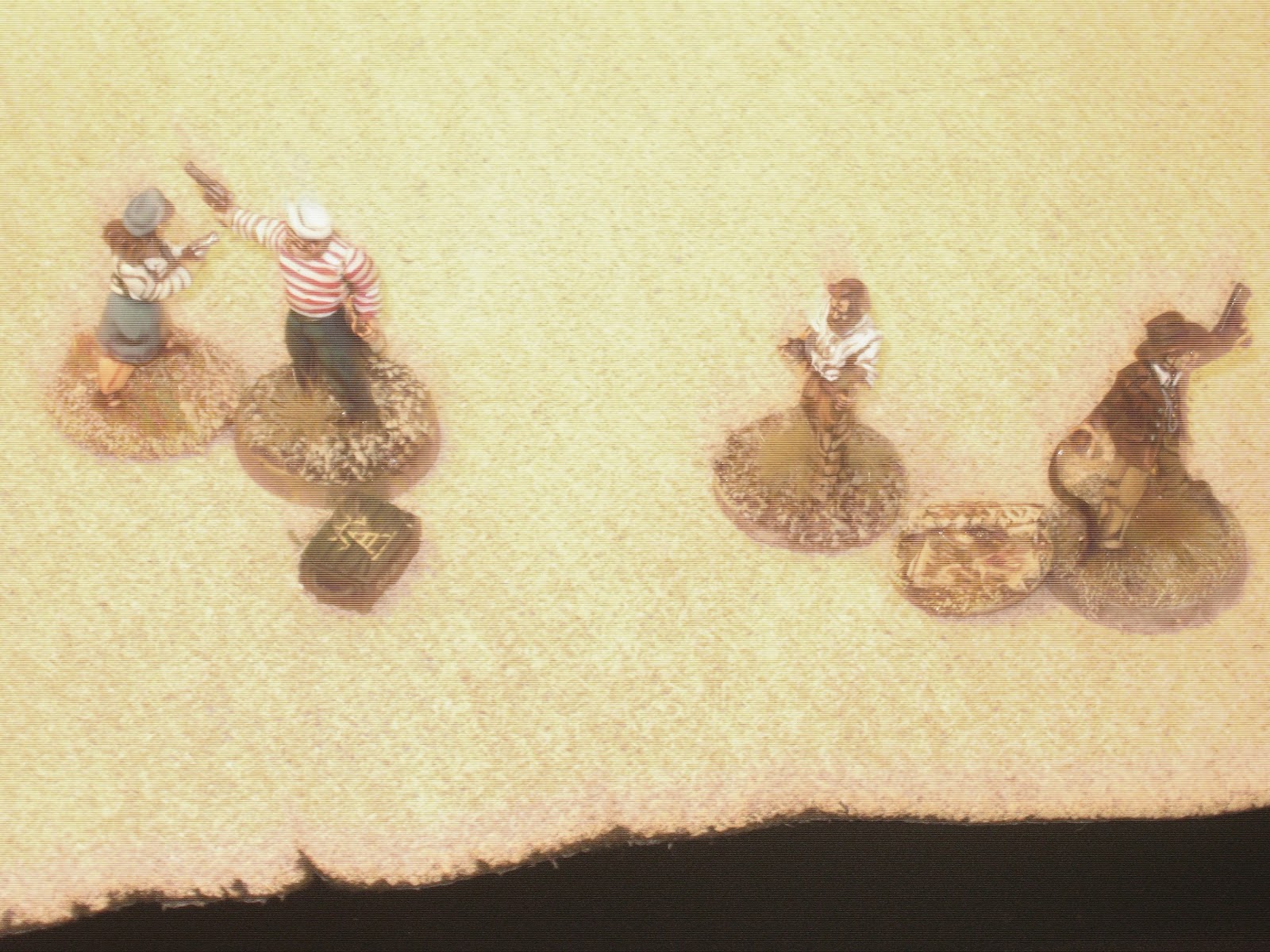 The cowardly Norwegians led the Yith towards our heroes. When that couldn’t stop Montana Smith they did one last frantic effort to stop him. One of their thugs tried violence on Montana but at that moment Montana started to parley with him and convinced the rascal that the true enemy were the Nazis (we played the Parley challenge forcing everyone involved to abstain from fighting or running. A hilarious moment as I started to parley with the Norwegian players and when that went downhill slapped the card in front of them. Cheering ensued.) and then he slipped away. 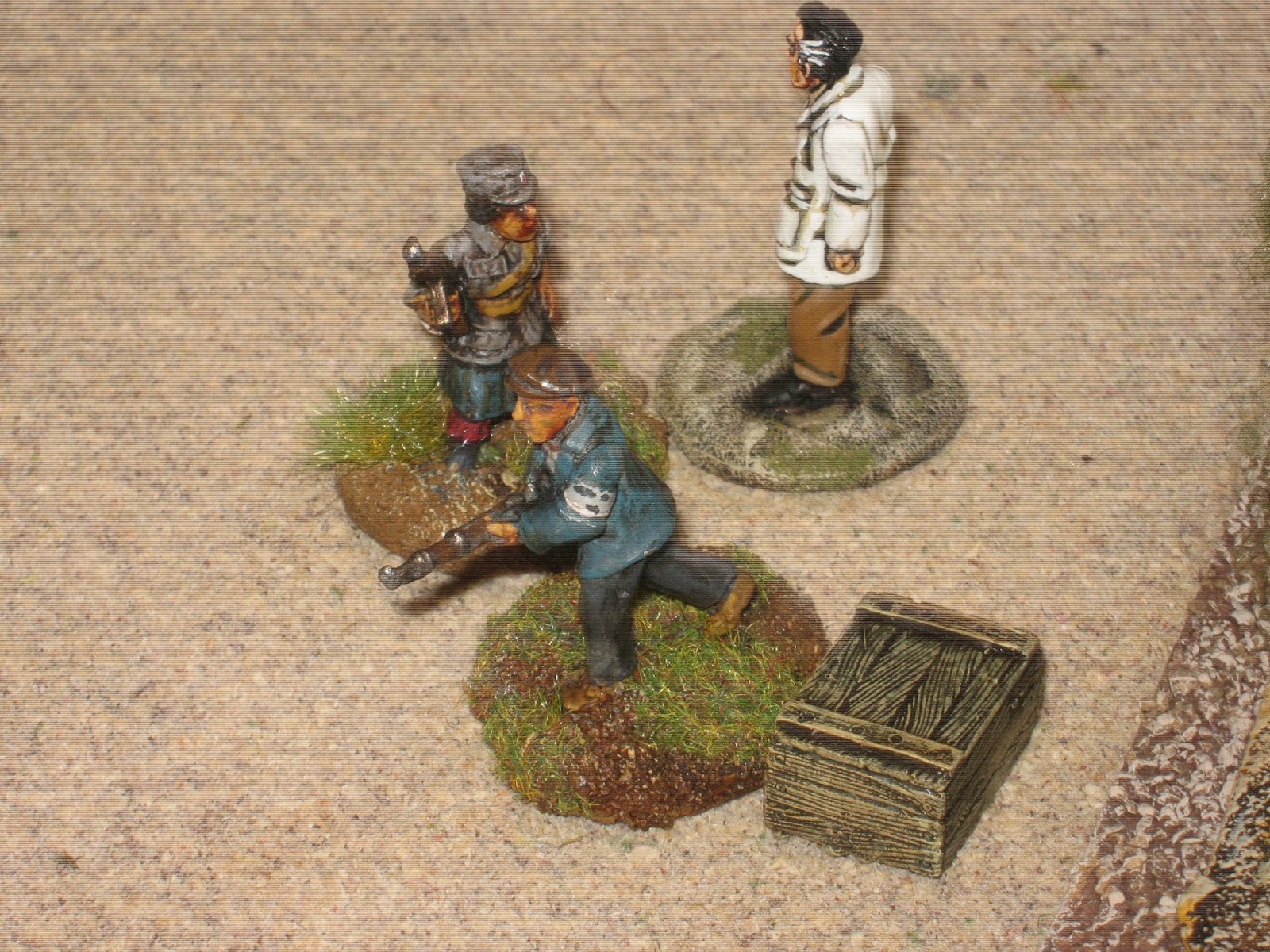 At this time the game would end with the Norwegians in the lead with one plot point exited: That was not to be as the Phrenologists knew who knew their real enemies were (the Amundsen gang) and played one of their cards extending the game with one round. That was enough for them to exit one (or two?) of their plot points, making them happy. It also gave Montana his chance to exit giving victory to the good guys.
The Good side won, just as it is supposed to be.


They also wrote history, just as the winners always do. It is therefore a guarantee that the above is the absolute truth. Honestly.

This was a very fun game and I’m in the process of forming my very own league, Corpo di Spedizione Santa Sede, for a campaign in the club. More on that soon.

Now I'm off to Gothcon in a couple of hours.
Have a nice weekend!
Posted by Joakim Ström at 09:51