I’m furiously building, printing and painting terrain for our Storm over Haag Chain of Command participation game for Gothcon this Easter. 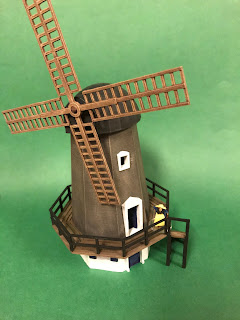 It will be Fallshirmjäger trying to secure the airport of Ypenburg. We have checked maps and after-action reports in an effort to build the north-eastern part of the defences.

On my lot fell printing of this windmill and a couple of barracks (on the painting table now), as well as building all the canals. 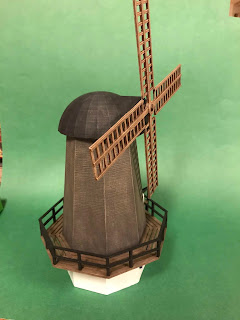 So, here’s the first finished piece, a windmill that pumped water just outside the perimeter. It comes from the World at War II kickstarter, and can be bought from Jens’ webshop as part of a bundle. It is originally scaled for 20mm gaming, but easily upscaled to 28mm.
I’m also building a small hill with culverts to put it on. But that’s not finished yet.
Posted by Joakim Ström at 17:51