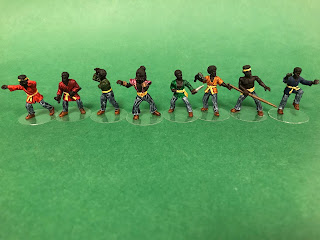 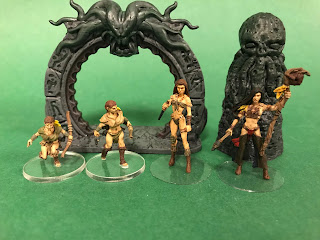 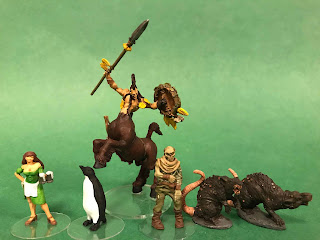 Last but not least is this rather diverse bunch. A serving woman from Wizkids, then a 3D-printed penguin from EC3D, a centaur (the best on the market in my opinion) from Heresy Miniatures, a 3D-printed zombie (I don’t remember the make, but I’m not too happy with it. Will have a higher resolution next time) and finally two giant rats from Reaper.
That’s it for now. Got a dozen or so Arabs nearly finished and lots more in the queue, both figures and buildings.
Posted by Joakim Ström at 14:52