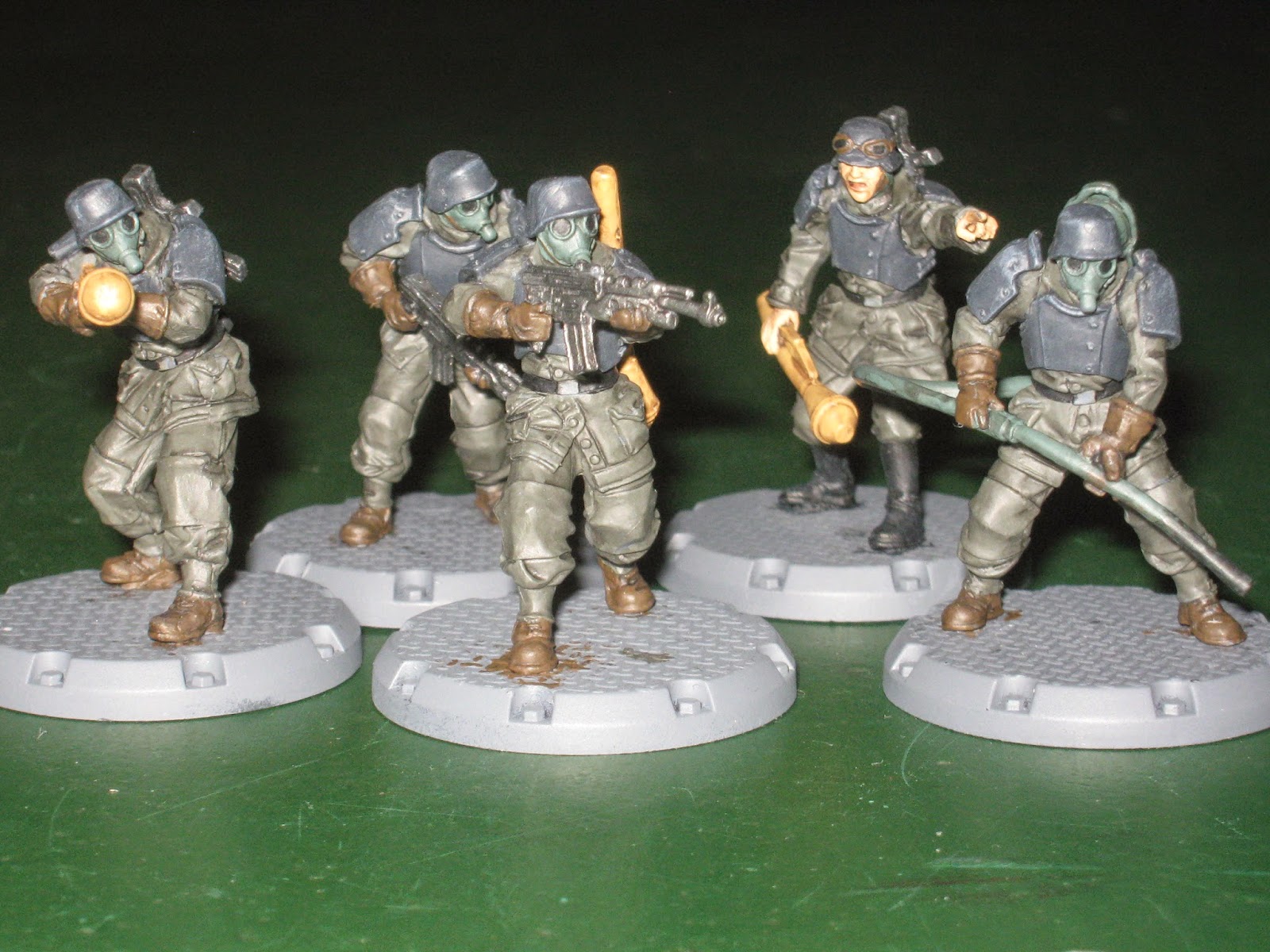 Another squad of German Dust-figures finished.

I try to get a coherent look for each faction, with emphasis on painting speed. That means no fancy camouflage and a very limited number of paints. My goal is to get troops ready for a game or two, not get them ready for a painting competition.
I'll use clear bases from Sally 4th as soon as I get them. 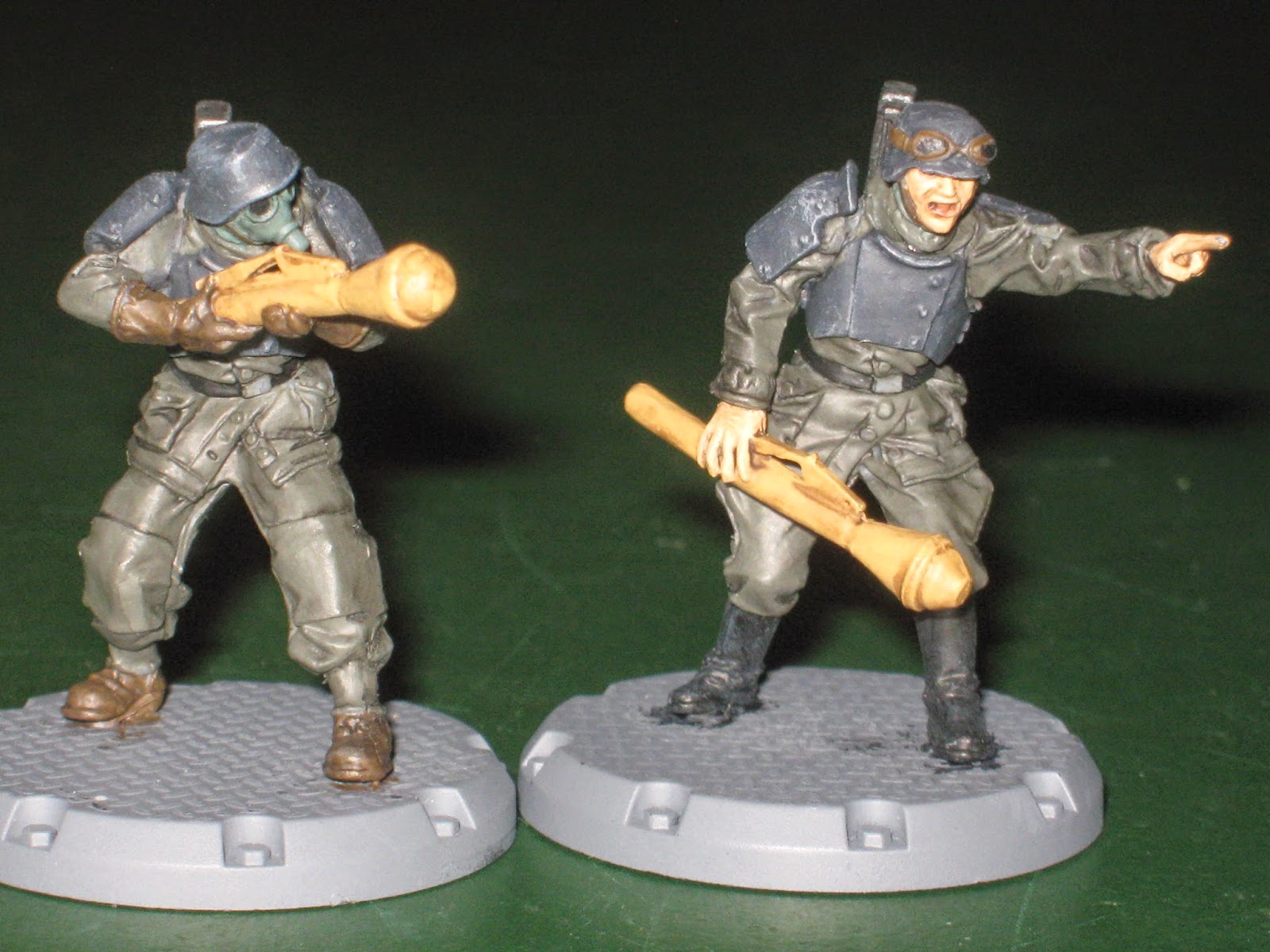 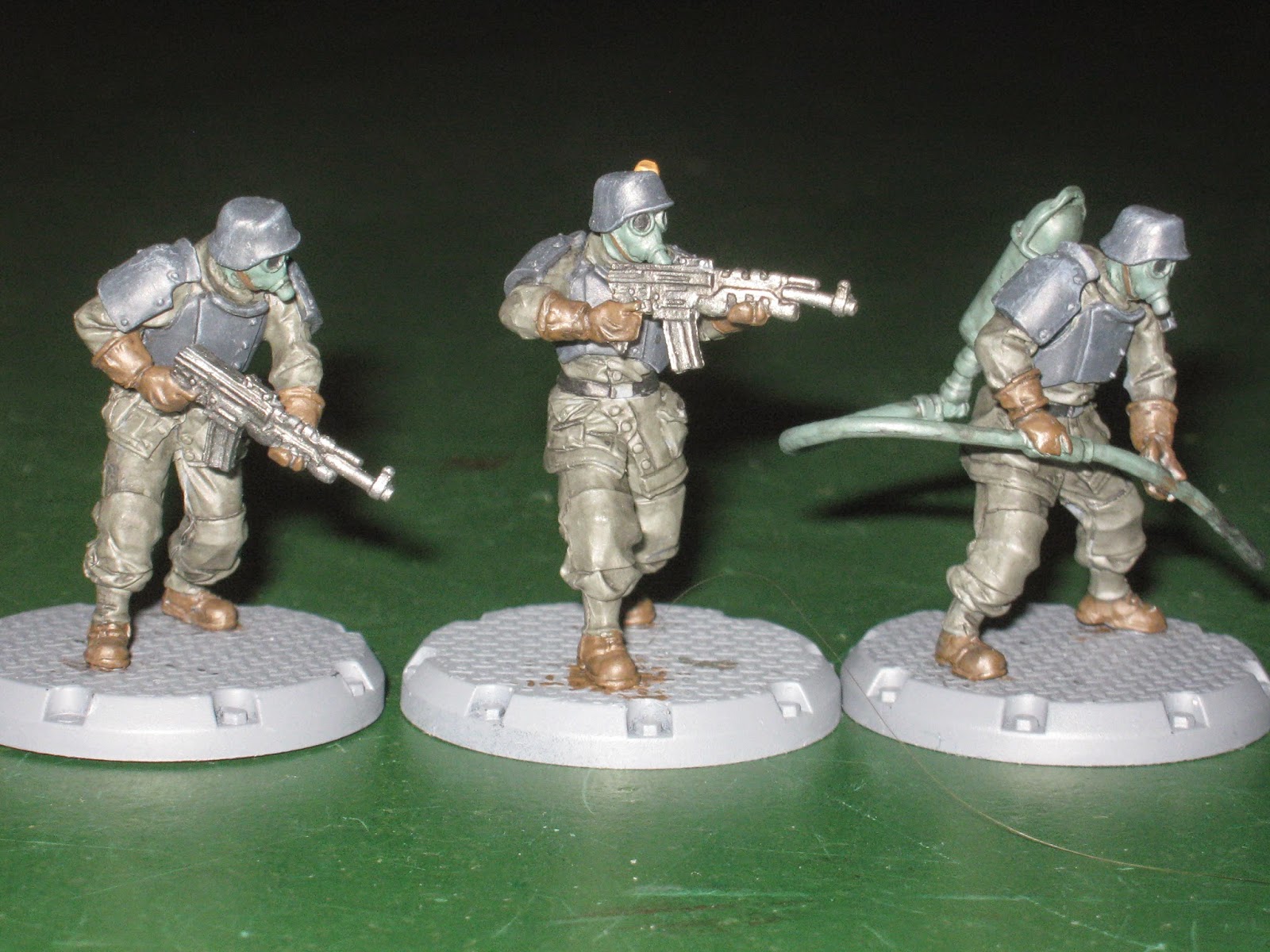 Good enough and works well with the rest of the German figures. Not as fancy as those Thomas did a couple of years ago, but I bet mine were done in a much shorter time :-)
Ready for combat!

Don't forget the give-away, open until December 22.
Posted by Joakim Ström at 11:34