One thing that you hear every time there is talk about the Normandy campaign is…bocage. High hedges with earthen embankments surrounding small pastures that made life miserable for the attacker, and a perfect setting for defence. I’ve tried making bocage on two occasions, here and here. I thought the results were decent, considering I had never seen the real thing.
One of the things I really wanted to see up close on this trip was just this, bocage. As I was the only one in our group who had this craving, we didn’t take half a day off to do an in-depth study of this terrain-type (sadly, I think I would have liked that…), but I got my chance when the bus stopped at a British cemetery. Everyone but me went for the graves, I jogged away to the bocage a couple of hundred meters off. 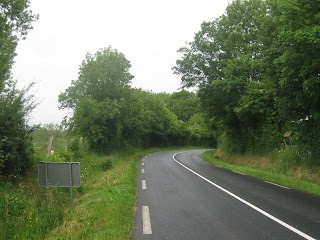 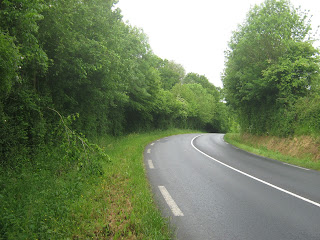 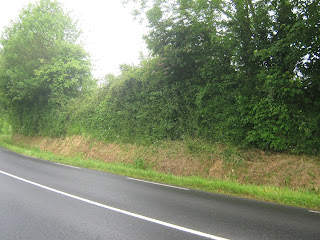 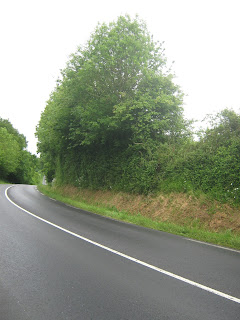 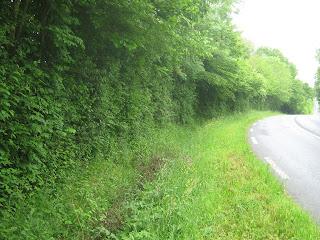 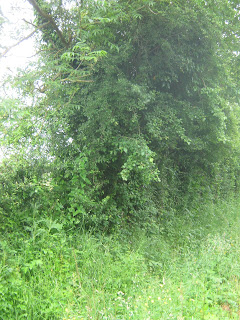 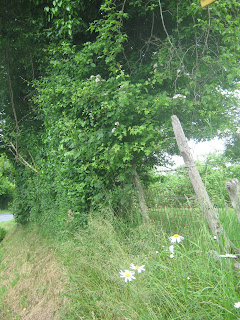 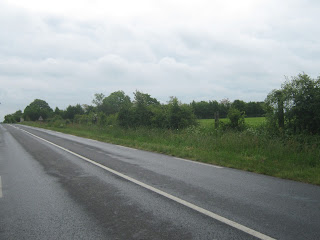 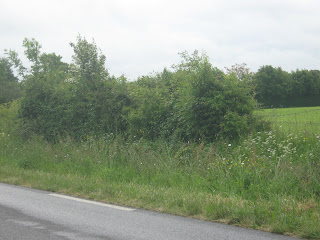 I tried to take more photos of bocage from the bus. Below are some that are at least decent. 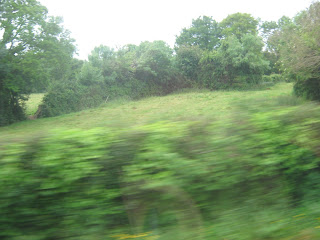 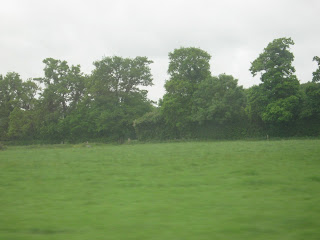 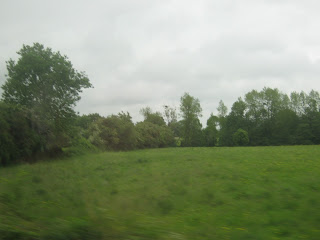 So, what did I learn?
- The sides of the earthen embankments are far steeper than I thought.
- The embankments also seem to be rather narrow, not as wide as I made them in my previous tries.
- The embankments are overgrown with grasses and other plants.
- The lower part of the hedge is usually pruned to make it less bulky, a simple way of giving more space for road-traffic and movement close to the hedges. This I have seen from war photographs also.
- A couple of meters up, the hedge grows out, making a canopy of sorts.
- There are a lot of trees in these hedges.
- They are very uneven in height.
- Lots of different types of bushes and trees, meaning lots of different shades of green.
- When I was there, June 8-12, some of the hedges and trees bloomed. Yellows and whites. The same with the earthen embankments.

Guess I have to improve my old bocage-hedges a bit, mainly applying static grass to the ground, and make lots of new ones.

By the way, nearly two years ago I found an excellent military history site, reviewed here. There you can find a very interesting report on lessons learned and tactics used in the fighting in the bocage.