Mercs: Recon – CCC and a bit of gaming.

At last! The final pieces from the Mercs: Recon – Counter Threat box are done. These are inspired by the art from the Player Boards, where the soldiers wear predominantly yellow armour. I seems that camo is not high on any soldier’s wish-list, but instead everyone proudly shows his or hers affiliation when they make their hit-and-run attacks.
So, yellow they are. I went for something as easy as possible to paint and I can’t say I’m super-exited by the result. I should have gone for more contrast, but I won’t redo them. I guess they are good enough for a game.
Now I only have to read the rules and have a go at the game. Should be interesting.

This weekend saw Smashcon, a local board game con where we usually stage a To Fat Lardies game. We had to cancel this year’s game, though, as other things came in the way, but I took the two younger kids there on Saturday and we had a blast gaming all day. Me and the daughter went on Sunday too, and had as good a day then.
We managed ten different games in all - Treatment: A Psychiatry Card Game, Evolution, Deep Sea Adventure, King of Tokyo, Splendor, Via Nebula, Patchwork, Kanagawa, Wasabi! and Dream Home. Some good and some excellent. A great weekend (but no painting) 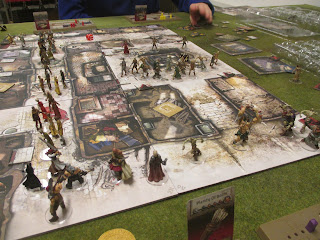 Yesterday saw a game of Zombicide: Black Plague at the club. A really good and tense game where the zombie hordes were following us closely. We won, but it was a rather close shave. An excellent game! 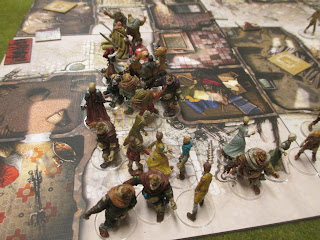 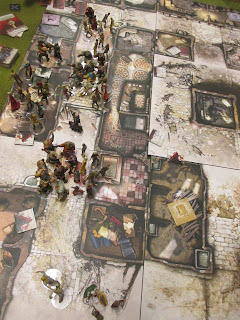 Last week we had another game of Pulp Alley at the club, and I’m writing that AAR. Coming soon. 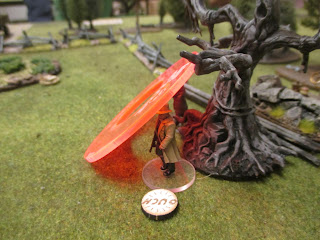 We also had a game of Conan. Great fun! That is a game that will be played a lot.
Also making a change in the hobby corner, more on that in a future post.


Finally, welcome new follower Generalissimo Forde with blog Continental Drift Painting, self-described as “An old geezer who paints a bit, and then writes about it.” It’s all about painting, AARs and stuff. Nice! Check it out!
Posted by Joakim Ström at 11:01

Email ThisBlogThis!Share to TwitterShare to FacebookShare to Pinterest
Labels: 28mm SF, Mercs: Recon, This and that